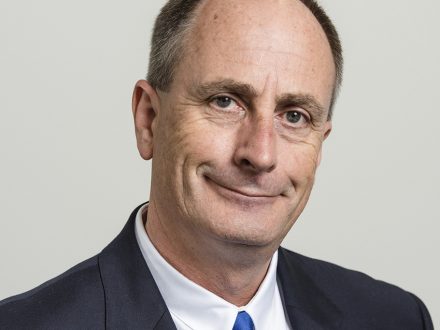 Tideway, the firm behind the London ‘Super Sewer’ project, is fielding criticism after paying its chief executive, Andy Mitchell, a bonus of almost £250,000, amid the scheme’s rising costs.

Mitchell, who stepped down as CLC co-chair earlier this year, received a pay packet of £928,000 for the year to 31 March, Tideway’s annual reports show.

However, the executive pay figure handed to Mitchell by Tideway has come under attack following rising costs associated with the project. Tideway gave only a 2.5 per cent salary increase to staff and executives in 2021.

In June, Tideway reported a £100m cost increase on its Super Sewer project.

Tideway’s overall cost estimate has risen to £4.3bn, from an original budget of £3.52bn announced in 2014. Despite the cost rise, the estimated £20-£25 annual expense for Thames Water bill payers remains unchanged, the company insists.

Speaking about the large bonuses paid to Mitchell and other Tideway executives, High Pay Centre director Luke Hildyard told The Guardian: “This is an administrative role, providing a vital public service. It shouldn’t really require a vast bonus on top of a salary already far beyond the reality of 99.99 per cent of the population.

“We are seeing real public anger about the cost-of-living crisis, and boards and pay committees shouldn’t be complacent about the inflammatory nature of top pay awards, and the social and economic instability they could cause.”

Among these was former Tarmac chief executive Neville Simms, who was handed £285,000. Heathrow Airport chief executive John Holland-Kaye and former Mitie boss Ruby McGregor-Smith were paid £64,000 in their capacity as non-executive directors.

“Tideway continues to strive to be a world-class employer, offering an inclusive culture, fair pay, and competitive terms and conditions to its employees. The approach to pay and benefits for both the executive directors and all employees are applied in the same way.”

He added that bonus payments were linked to creating motivation.

“Our company annual bonus targets are set, with the aim of promoting individual and collective motivation to realise the company’s objectives and purpose, focusing on health and safety, the time, cost and quality of build, and, importantly, the impact on our communities and support to our people.”

Andy Mitchell served as the Construction Leadership Council (CLC) co-chair until Mace boss Mark Reynolds took over from him in June.

Among other major executive payments scrutinised in the infrastructure sector was HS2 chief Mark Thurston’s pay packet of £622,700 for the year ending on 31 March 2021, making him the highest-paid civil servant in the UK.