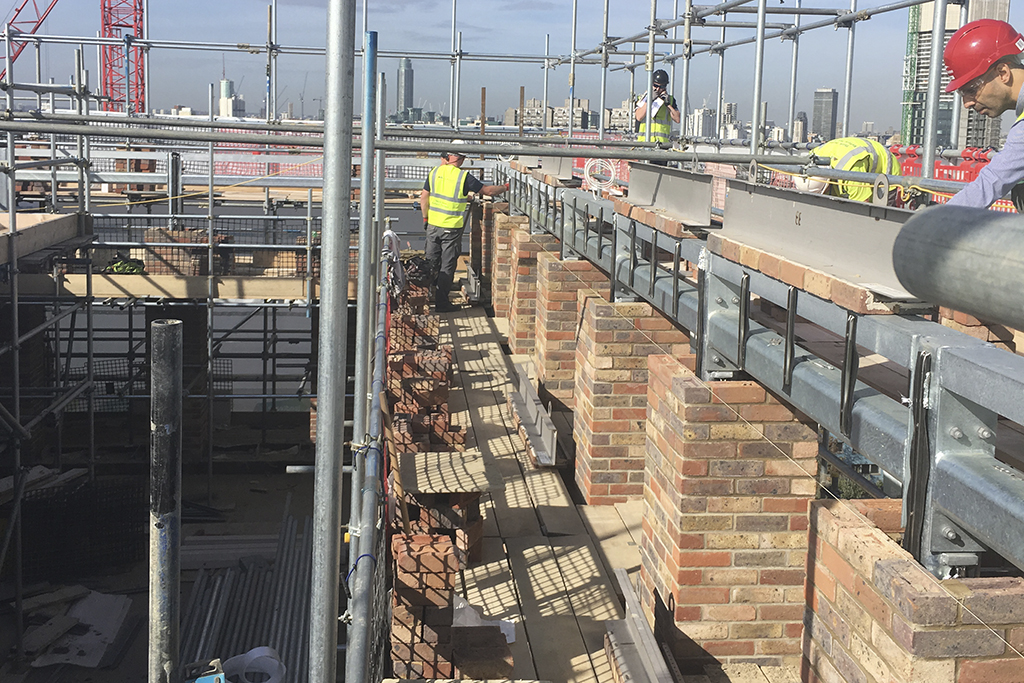 Uncertainty hangs over the future of the envelope sector, where the median average margin is 4.3 percentage points lower than it was in 2018.

The top 10 firms in the specialism – under intense scrutiny since the Grenfell Tower fire of 2017 – posted a median margin of 1.6 per cent, up 0.2 percentage points from last year, but well below the 5.9 per cent figure recorded five years ago and the 4.2 per cent posted in 2019’s index.

“We’ve been really busy in terms of securing work. That happened because people have started making decisions”

This year’s tally has seen the aggregate pre-tax profit fall by more than £18m, to a collective loss of £9.3m. Accounts for the year to 31 March 2021 show that the biggest of the envelope specialists by turnover, Permasteelisa, also suffered the biggest pre-tax loss: £13.7m, compared with a fall of £0.3m in the previous year.

Many of its difficulties in the past year were attributed to an “increase in costs caused by several projects being delayed”. Its annual report also blames the impact of the pandemic for slowing down investment decisions and “provisions for guarantee works” on some legacy projects.

Clarison Group, the only new entry into the top 10, had a similar experience. While its most recently published accounts, for the year to 31 December 2020, show a big rise in turnover, chief executive Mark Oliver expects revenue to be down by around 20 per cent in its next set of results.

The turnover boost came partly due to an acquisition, and Oliver also says its order book secured prior to the pandemic helped it to achieve growth.

“The problem for us came in 2021,” he tells Construction News. “When we were all locked down in 2020, we weren’t out winning work, or people were not making decisions. You could say 2021 has been a bit of a downturn.”

Swift Brickwork was one of the more stable firms within the envelope sector, securing a profit increase of 47 per cent to £3.4m. Its accounts highlighted “diversification” into a number of sectors including commercial, residential, retail, public sector and infrastructure work, which “helped to mitigate the effect of […] pressures”, including material price inflation and supply chain struggles.

Things are looking up for the future, according to Clarison’s Oliver. “We’ve been really busy in terms of securing work,” he says, citing a bigger pipeline than at this stage a year ago. “That happened because people have started making decisions.”

Part of that was because his company realised that locking in material prices was key to keeping construction projects profitable, he says, although he notes that rising borrowing costs could affect his plans.

The increased cost of borrowing has already led to one of Clarison’s jobs being suspended. But he says: “We have plenty of others that have been delayed in 2020 and 2021 that came on stream and finally got the go-ahead in 2022.”

Owing to the delay in the time it takes to publish accounts, much of the activity captured in this year’s index covers 2020 and the early part of 2021. Carlton Jones, director of the Metal Cladding and Roofing Manufacturers Association, says that there was “buoyant” activity during the following months, but is concerned that financial uncertainty means clients will now pull back on spending.

Notes: data in this year’s index gathered  from accounts filed prior to 24 October 2022 | Stanmore, Yuanda: no updated accounts since 2021 edition