TfL funding deal ‘unlikely’ to be affected by new PM 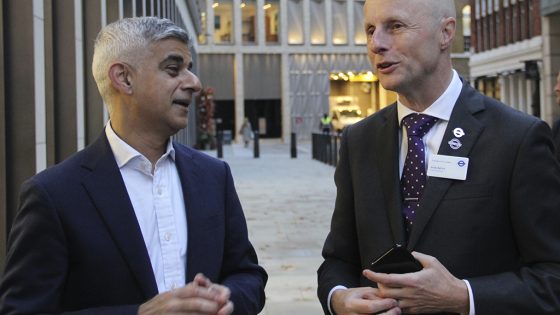 Transport for London’s long-term funding agreement is “unlikely” to be affected by a change at the top of government, its bosses have revealed.

In August, the Department for Transport (DfT) and TfL signed a £3.6bn deal to enable its operations to become financially self-sustaining by the end of the 2023-24 financial year.

The deal, which secured the future of major projects such as the completion of the Bank station upgrade and Hammersmith Bridge reopening, was struck during former prime minister Boris Johnson’s tenure and had been untouched by his successor, Liz Truss, who herself stepped down as PM last week.

Following her resignation, the Conservative Party is imminently due to appoint a new leader who will then take over as prime minister. Frontrunner and former chancellor Rishi Sunak has vowed to “fix our economy”, while leader of the House of Commons, Penny Mordaunt, was also aiming to make the cut.

During the previous Tory leadership race in the summer, in which he lost out to Truss, Sunak said the party needed to “return to traditional Conservative economic values” rather than “fairytales”, and, as such, is likely to stick with the new fiscal plans outlined by the chancellor, Jeremy Hunt, who was appointed on 14 October.

Interim TfL commissioner Andy Lord has told Construction News it is “extremely unlikely” that TfL’s funding deal will be scuppered by the revolving door at 10 Downing Street.

When questioned about the risk of the funding arrangement with the government falling through due to the ongoing political upheaval, he said: “I think it’s [an] extremely unlikely situation.

“Our priority is to make sure we deliver to the terms of the funding agreement and get TfL to a financially sustainable place – and we’re on track to do that.”

Lord, who has taken on the commissioner role from outgoing boss Andy Byford (pictured above-right), stressed that financial stability was crucial to the future of the transport network.

“Our absolute priority is to make sure we get TfL operations sustainable from a financial perspective; we’re on track to do that by the end of March 2024,” he said.

“We’re making significant progress on our savings targets and our revenue growth.”

Lord said that the Elizabeth line, which opened in May this year, had already led to a rise in passengers and, by extension, a rise in revenue.

“The Elizabeth line is a huge catalyst and you’ve seen the ridership numbers coming in,” he said. “We’re ahead of target at the moment, which is great, because we want the railway open. That’s our big focus – to carry on making sure that we work with DfT to get the capital funding we want for the future new investment if we can get that.”

“We have our funding settlement through to April of 2024, which is a 20-month deal, and that saved TfL and that gave us the certainty to be able to avoid a managed decline scenario,” he said.

Byford added that long-term funding would be needed to ensure the future of the network – something he said Lord would take up with the government.

“I’m not speculating on the future; I’m confident that government will see the benefit that a properly funded transport system brings,” he said. “It’s critical to the running of not only the city, but the UK as a whole.

London mayor Sadiq Khan (pictured above-left), also at the launch event, warned that TfL was being “forced” to become financially self-sufficient in the next couple of years. The mayor has previously labelled the deal “far from ideal”.

Talking about the network becoming self-sufficient, he said: “We’ll do that. But it means tough choices ahead.”

Khan also told CN that a thorough process was underway to appoint a permanent TfL commissioner.

“We will have a worldwide search because it’s the best transport authority in the world; we’ve got to make sure we get the best candidate,” he said.

“I have full confidence in Andy Lord. I’m sure he will be a wonderful interim commissioner. We’ll have to make sure we don’t appoint in haste, and that we take our time to appoint the right person.”

Bond Street station opened five months after the rest of the Elizabeth line, and nearly six-times over its original cost estimate.

Bespoke-design issues, the impact of the COVID-19 pandemic and a last-minute decision to take construction in-house were some of the challenges the project faced.