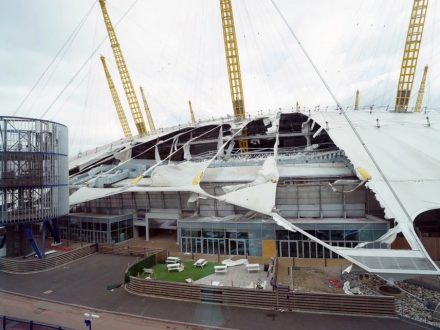 Construction output has soared, despite the wider UK economy beginning to slow, according to the latest figures from the Office of National Statistics (ONS).

A combination of storm repair works and projects restarting after COVID has helped to boost the sector.

The ONS figures reveal that construction output rose by 3.8 per cent, or £539m, during the first three months of 2022, compared with the previous year, and now stand at 1.9 per cent above pre-pandemic levels.

Increases were recorded in both new work, which rose by 2.8 per cent, and repairs, which increased by 5.5 per cent year on year. Seven of the nine ONS-monitored construction sectors saw a rise in work, with only infrastructure and public new work seeing falls.

Non-housing repair and maintenance soared by 7.4 per cent. Overall, construction output saw its strongest monthly growth since the first quarter of 2017.

The ONS stated that construction’s monthly output had risen for the fifth-consecutive month to £14.9bn in March. Total new work was £9.3bn, while repairs and maintenance stood at £5.7bn.

Alongside the rise in output, the ONS construction price index soared, reflecting an increase in the price of raw materials such as steel, concrete, timber and glass, “contributing to an overall rise in material costs across the quarter”.

Commenting on the figures, Tony Shaw, managing director of Henry Boot Construction, said: “The biggest challenge is ensuring that projects are able to be delivered in line with cost proposals and contracts, with the price of materials rising rapidly, highlighted in today’s data […]

“Early and collaborative engagement between customers, main contractors and subcontractors will be essential for leveraging market knowledge and delivering projects in this environment.”

The ONS stated that “anecdotal evidence from returns received for our Monthly Business Survey for construction and allied trades suggested storms between 16 and 21 February 2022 resulted in businesses seeing a higher workload in March 2022. This is because of the repair work derived from the storms.”

Beard Construction also noted that the storms across the UK, which damaged buildings such as the O2 arena in London, had potentially helped to temporarily boost the output figures.

“Perhaps most concerning is the continuing rise in the price of raw materials, such as steel, concrete, timber and glass. This has pushed price growth in the construction industry to its highest level since records began and remains a challenge to competitive tendering.”