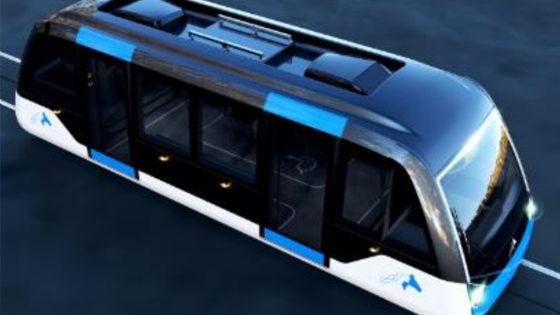 The plans by Stoke-on-Trent City Council form part of its new transport strategy, which outlines priorities for the decade ahead.

The very light rail (VLR) network is designed to be lower-cost than either a traditional rail, light rail or tram system, and would utilise existing road and rail infrastructure. Passenger numbers would be limited to 60 persons per vehicle, similar to the capacity of a bus (a typical tram can carry about 250 people).

According to the council, the VLR’s capital costs could be between 30 per cent and 50 per cent cheaper than a tram system.

The new VLR would connect Stoke-on-Trent with six other towns via three main lines – the Northern line, the Central line and the Southern line, according to the strategy document.

The paper notes that the limits of the VLR’s low capacity “could be overcome either through higher-frequency services or use of new technologies where two vehicles could move together”.

A strategic outline case for the VLR, compiled by consultant Sweco, was also published alongside the strategy document.

Other proposals include major improvements to bus services and other public transport, two new railway stations and multimodal hubs across the city.

VLR has so far only been implemented in Qatar. However, Coventry City Council has received funding through the City Regional Sustainable Transport Settlement to further develop its own proposals.

According to Stoke-on-Trent City Council, the plans for a VLR route in Coventry are under development and will connect major employment and education sites with the city centre, as well as integrating with bus and railway stations.

Coventry City Council is working with the Very Light Rail Innovation Centre in Dudley to test the integrated system.

A public consultation on the transport plans for Stoke-on-Trent closes at the end of November.