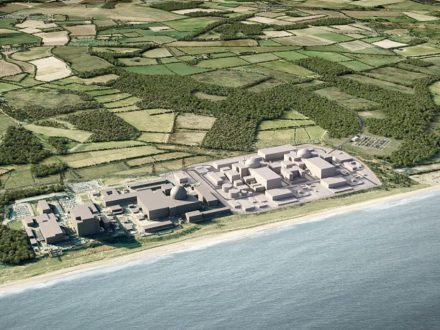 The government has approved plans to build the £20bn Sizewell C nuclear power plant in Suffolk.

After more than two years, the development consent order – planning permission for a major project – has been approved.

Business secretary Kwasi Kwarteng said in a decision notice that “the very substantial and urgent need for the proposal” outweighed concerns of harm, including damage to areas of outstanding natural beauty.

There are currently six operational nuclear power stations in the UK, providing about 16 per cent of the country’s electricity, but all of those apart from one are due to be taken offline by 2030.

It is intended that Sizewell C will generate low-carbon electricity for six million homes. It will have a similar design to the plant under construction at Hinkley Point C in Somerset.

Negotiations on how the project will be funded will continue into next year, however. Other nuclear projects, such as Hitachi’s Wylfa, have not proceeded after failures in negotiating payments to developers.

The project has already been given UK government funds, but is still seeking investors. The government has long suggested it may use a Regulated Asset Base model approach, where consumers fund initial construction costs through their energy bills, to take forward future nuclear builds, which EDF favours.

Sizewell C financing director Julia Pyke said: “Energy costs will be lower with nuclear in the mix, so today’s decision is good news for bill-payers. The tried and tested funding arrangement we are proposing means that by paying a small amount during construction, consumers will benefit in the long term.

“Sizewell C will give a big boost to jobs and skills in nuclear supply-chain companies across the country. It will strengthen the UK’s energy security and play a key role in our fight against climate change.

“Planning approval brings us closer to delivering the huge benefits of this project to Suffolk and to the UK.”

In 2020, Pyke told the Construction News Summit the project could contribute to the levelling-up agenda and help train a large number of people, including welders, whose skills are in short supply in the UK. EDF hoped to open a specialist welding centre in the east of England, she said.

There have been widespread reports that EDF’s partner in the scheme, Chinese-government company CGN, will not be allowed to remain a partner due to security concerns.