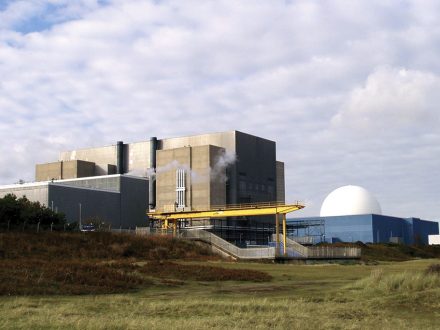 The government’s go-ahead for the £20bn Sizewell C nuclear power station has been welcomed by construction companies, but objectors have warned they will keep trying to stop the project going ahead.

Business secretary Kwasi Kwarteng said, as he gave permission today, that “the very substantial and urgent need for the proposal” outweighed concerns of harm, including damage to areas of outstanding natural beauty, as highlighted by the national Planning Inspectorate.

Developer EDF said the decision meant “Sizewell C has moved a step closer to starting construction” and was “the biggest milestone so far in the approval process”, following four rounds of public consultation with more than 10,000 people.

Sizewell C chief planning officer Carly Vince said: “Sizewell C will be good for the region, creating thousands of opportunities for local people and businesses. It will boost local biodiversity and leave a legacy Suffolk can be proud of.”

“We know that a fleet approach to building new nuclear plants is the best way to reduce costs and maximise efficiencies. Today’s decision will help to ensure the learnings and supply chains established at Hinkley Point C can transfer seamlessly to Sizewell C.”

Nuclear Industry Association chief executive Tom Greatrex added: “This is a huge step forward for Britain’s energy security and net-zero ambitions. Sizewell C will provide reliable, low-carbon power for more than 80 years, cutting gas use, [and] creating thousands of high-quality skilled jobs, and long-term investment and opportunity up and down the country.”

The project’s financing is not settled, however, and EDF said negotiations with Whitehall about raising funds are continuing, with a decision expected in 2023.

The GMB union called for confirmation of government investment to give certainty to supply chains. National officer Charlotte Childs said: “The UK’s nuclear programme has been delayed too many times due to political decisions. We need further investment in nuclear to secure good jobs for the future.”

Objectors in the Stop Sizewell C group said they would continue their opposition, noting that the Planning Inspectorate, which Kwarteng overruled, had cited uncertainty of water supply and the impact of the project on protected species and habitats.

The group said: “The wrong decision has been made, but it’s not the end of our campaign to Stop Sizewell C. Not only will we be looking closely at appealing this decision – we’ll continue to challenge every aspect of Sizewell C.”

The two local authorities that cover the site have warned they will act to protect the area from environmental damage, including from construction traffic.

Suffolk County Council said it “remains disappointed that a number of key issues have not been fully resolved, but is now looking ahead to the boosts for the local economy and protecting the local environment”.

Suffolk County Council deputy leader Richard Rout said assurances had been secured to see that “a far greater quantity of construction materials will be delivered by rail and sea, reducing the number of lorries on the county’s rural roads”.

The council said it would review all relevant repost and decisions, and the reasoning behind them. It said it is vital that mitigation and compensation measures are put in place as a result of the issues caused by construction.

Suffolk County Council’s outstanding concerns include the blight caused by additional pylons, and an “unnecessary and damaging” car park at Goose Hill.

The council also wants the Sizewell Link Road removed after construction “to prevent lasting damage to the environment”.

Rout said: “We have taken the concerns of Suffolk residents to the highest levels, from the Planning Inspectorate to the secretary of state. We are disappointed that, in our opinion, some of these have not been listened to.

“It is now our role to ensure that, as Sizewell C proceeds, it does so with the least possible impact on Suffolk’s residents and unique natural environment, whilst doing all we can to maximise the economic opportunities for our county.”

He noted there was now a six-week window during which any judicial review challenges could be made to the project.