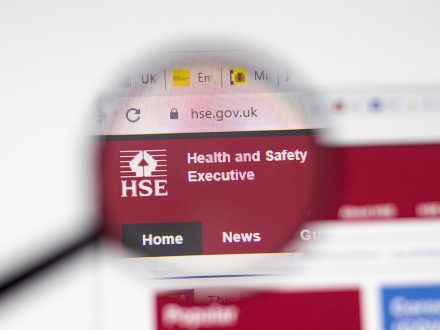 A man who was in control of a construction site in Scotland has been fined £1,500 for refusing two HSE inspectors access to deal with unsafe work activity.

Multiple concerns about unsafe work at the Irvine-based site were reported to the Health and Safety Executive (HSE) last year.

This prompted two HSE inspectors to attend the site on 16 March 2021, where they observed unsafe work at height taking place on a steel structure.

The inspectors tried to gain entry to the site, but the gates were locked. They spoke to the person in control of the site, Baldev Singh Basra, but he refused to unlock the gates, denying them entry.

Despite the inspectors explaining that they had the power to enter the site as part of the Health and Safety at Work etc. Act 1974, Mr Singh Basra continued to refuse them access.

The inspectors were only able to take enforcement action to stop the unsafe work after officers from Police Scotland gained entry to the site.

They found two workers on the roof of the structure with no safe means of getting down. They were later rescued by the Scottish Fire and Rescue Service.

Mr Singh Basra pleaded guilty to an offence under Section 33(1) of the Health and Safety at Work etc Act 1974 for contravening a requirement of an inspector – refusing entry to a premise where unsafe work was taking place – and he was fined £1,500.

Following the sentencing, HSE principal inspector Graeme McMinn said: “Inspectors appointed by an enforcing authority have the right to enter any premises which they think it necessary to enter for the purposes of enforcing health and safety at work, and any relevant statutory provisions.

“They may only enter at a ‘reasonable time’, unless they think there is a situation which may be dangerous. In this case, the priority of the inspectors was to deal with the unsafe work activity, and they could not allow the person in control of the site to refuse them entry to stop the unsafe work.”

Last week, Construction News reported that a civils firm was fined £600,000 for safety breaches after the death of a child on a site.