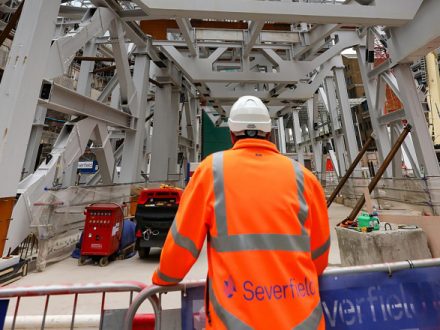 Steel specialist Severfield has tabled a record order book in the UK and Europe.

The company said in a trading update today that its order book stood at £479m on 1 April, compared with £393m in November 2021.

The strong performance was driven by increasing opportunities in sectors such as warehousing and data centres. But Severfield was also boosted by the leisure, transport infrastructure and nuclear sectors.

Much of the firm’s European activity is confined to the UK, which makes up 94 per cent of the current order book for Europe. About £382m of the confirmed work will be delivered in the next 12 months.

Severfield added that it had experienced further cost inflation and some disruption to its raw material provisions due to the Russian invasion of Ukraine, but it was managing the issues “effectively”.

“The outlook for the group remains positive, although we remain mindful of the ongoing effects of Russia’s invasion of Ukraine,” the statement adds.

Last month, Severfield’s share price took a 1.8 per cent hit as global markets reacted to news of a fire at a nuclear plant in Ukraine.

Severfield’s JSSL joint-venture company in India also recovered substantially in the second half of the year to 31 March 2022, after a disruptive second wave of the coronavirus in the first six months. Its order book was also at a record level of £116m.

Demand for warehouses has skyrocketed in the last year, as online shopping has soared in popularity. The value of the warehouse and logistics industry jumped by nearly 150 per cent in 2021, which Construction Products Association economics director Noble Francis attributed to a long-term shift in online shopping and a more short-term shift caused by the pandemic.

Companies across the sector have gravitated towards data centres as an area of growth. Both John Sisk and TClarke are focusing their energy on expansion in that area.