Scaffolding Week shows it can be a high-earning job 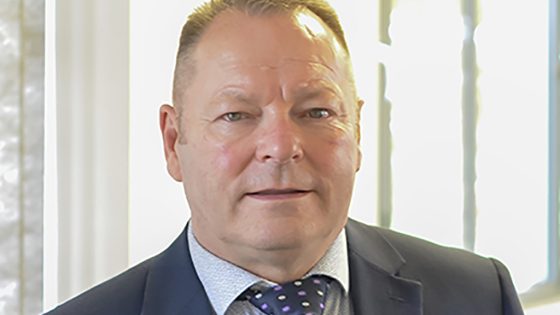 Robert Candy is chief executive at the Scaffolding Association

The UK’s scaffolding and access sector, like many other construction trades, has a long-standing skills and labour shortage. This problem extends to other sectors and professions, from hospitality to airline pilots.

There are many possible reasons for this. Some would suggest that UK governments over decades have underinvested in fit-for-purpose training and skills, and acted with complacency – relying too heavily on non-UK labour to support critical sectors and services that are essential to our economy.

“Average salaries for experienced scaffolders exceed £1,000 per week in some parts of the UK”

The UK’s departure from the EU and a global pandemic have displaced this labour market, and only now are the consequences evident, as UK businesses struggle to fill vacancies.

The government would argue that businesses have not worked hard enough to retain their existing labour by investing in workers’ futures and fulfilling their career aspirations.

From a scaffolding and access perspective, there is perhaps an element of truth in all of the above. However, the industry must now unite to resolve the problem instead of debating its causes.

The UK’s scaffolding and access industry is worth £2.86bn to the economy, with more than 6,000 businesses employing 34,000 scaffolding operatives. It is an industry that offers a hugely diverse range of well-paid jobs and careers.

According to latest statistics, a scaffold operative under the age of 25 earns an average of £549 per week (West Midlands), £633 per week (North West) and £635 per week (East Anglia). All of these are above average pay for this age group.

Average salaries for experienced scaffolders exceed £1,000 per week in some parts of the UK – and even more on specialist work and projects. Again, these earnings are considerably higher than the UK’s average pay across all sectors.

One of the biggest challenges facing the industry is getting these positive messages across to young people at the point that they are making their career choices. The education system works against construction trades: it encourages and financially rewards schools and colleges that succeed in persuading students to pursue further education and university placements instead of what best serves their interests.

The Scaffolding Association is the UK’s largest trade association, representing the interests of the scaffolding and access industry; earlier this year, it launched National Scaffolding Week (NSW), a one-of-a-kind campaign to bring a much-needed platform to help raise the profile of careers and achievements within the sector. Keen to ensure that the initiative was about the industry and not the association, a brand was created and a dedicated website launched.

The campaign, which is being run this week (26-30 September), will showcase the diverse range of career options within the scaffolding and access industry to inspire a new generation or those looking for a new challenge to take up a role in the industry.

NSW will promote scaffolding as a viable and rewarding career option for those from all walks of life. The plan was to provide a platform on which to highlight some of the great achievements of organisations and individuals already operating within the sector and showcase best practice, innovation and determination. There is the chance to nominate a ‘Scaffolding Star’ – an individual who has gone above and beyond in their role – and an opportunity to take part in competitions.

So far, the campaign has invited industry stakeholders, fellow trade associations, government departments and construction businesses to support NSW; a quick look at the supporters’ page on the website demonstrates the overwhelming backing of those that have chosen to get on board.

Furthermore, NSW has approached several hundred UK-based schools and colleges, encouraging teachers and students to engage. They have also communicated with every member of parliament. The response has been overwhelming, far exceeding the expectations for this inaugural event, which is hoped will become an annual fixture in the industry’s calendar.