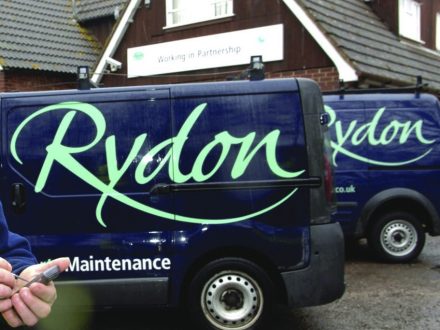 Rydon has not made any provisions for fire safety work following the Grenfell Tower Fire in 2017, it has confirmed.

Rydon was involved in refurbishment work of Grenfell Tower, which has been partly blamed for the pace at which the fire spread.

However, the contractor said in its annual accounts that it had reviewed all of the work done by its maintenance subsidiary, and there was a “limited nature of the work commissioned” involving combustible cladding.

“The approvals received in relation to [the work done by Rydon] and the interrelationship with work undertaken by other parties [also mean] no provision has been made in the accounts for any matters arising from these tragic events,” Rydon’s statement adds.

Construction News asked for more information on the lack of fire safety provisions but had not received an answer from Rydon at the time of publication.

Rydon was the main contractor on the job to refurbish Grenfell Tower in 2015, employing companies to fit cladding and insulation onto the structure. The contractor’s representative at the Grenfell Inquiry said last year that the company had no reason to doubt the competency of the subcontractors it had appointed to the project.

The company statement also said: “We welcome the rigorous public inquiry [into Grenfell] as well as other ongoing investigations.”

Rydon also revealed that it had bounced back to a pre-tax profit in the year to 30 September 2021, of £3.7m. Last year it tabled a loss of £1.6m. The two figures are for continued operations, after the company sold off three of its regional construction businesses last April to newly formed Real Construction. That effectively meant it pulled out of the design and build market.

The jump back to profit is despite a tough year for its construction arm, after the market became “increasingly challenging”.

“This has partly been driven by a continuing trend in low-price tendering and ‘race to the bottom’ pricing which results in increasingly thin margins,” the company said, adding that the issue had been exacerbated by material and labour shortages.

Rydon Construction fell to a loss of £2.2m after it had tabled a £0.1m profit the previous year, while its turnover also suffered, falling from £101.1m to £46.7m, which led to its decision to offload the regional construction business last year. Pulling out of that market has reduced the risk of fixed price contracts affecting its business, Rydon said.

The construction arm’s weak performance was mitigated by a strong showing from Rydon’s housing branch in particular, which saw its pre-tax profit jump from £0.7m to £3.7m.

Since the Grenfell Tower fire of 2017 and revelations that hundreds of buildings across the UK were fitted with dangerous cladding, contractors and housebuilders alike have portioned off provisions to deal with the defects on the buildings they built.

Last year, Willmott Dixon set aside £10.3m to settle all the claims related to remediation works, while housebuilder Crest Nicholson increased its provision to £43m in January. Bellway and Redrow have also confirmed provisions of £164.7m and £36m respectively.