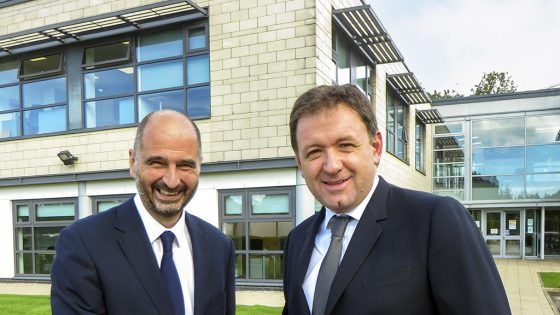 The role is a new one, as Robertson Construction restructures into one firm instead of two, with a new board of directors. Previously, the firm had two divisions for the north and south of the UK, but that has now changed.

Keillor will head the board of directors at Robertson Construction, and report to the chief executive of Robertson Group, Elliot Robertson, and its chief operating officer, Brian McQuade.

Keillor will also sit on the Robertson Group board.

Keillor spent 32 years at Bam, most recently as executive director for Bam Construct. He started his career there and spent several years as regional director for Scotland, a position he took up in 2013.

Keillor said: “Joining the business as the new Construction Group board is being established presents the opportunity for me to work with the Robertson Group board to continue to drive the business forward, as it further strengthens its offer of providing market-leading sustainability and efficient construction solutions for our customers in the UK marketplace.”

Robertson chief executive Elliot Robertson said the structural change at the firm was “necessary” as it looks to secure a sustainable future and long-term growth.

“[Those plans] are underpinned by the competitive advantage we have due to the strength of our balance sheet,” he added.

A spokesperson for Bam Construct said there were no plans to replace Keillor.