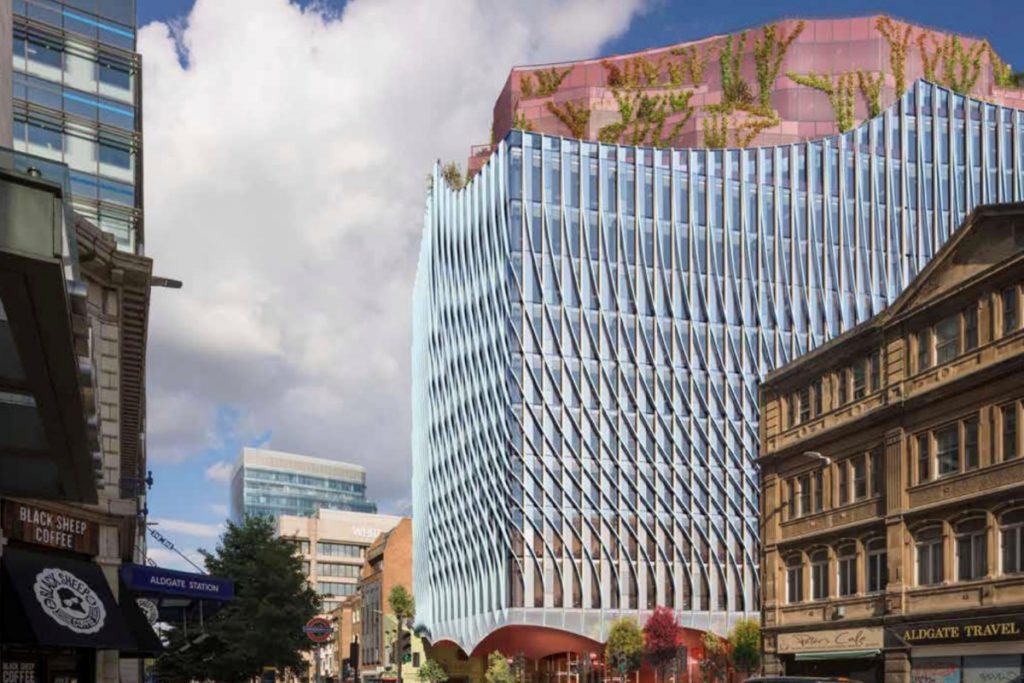 The proposal, put forward by developer Rocket Properties, was backed by the City of London Corporation, with 18 council members voting for it and only five against.

The plans, drawn up by architect Acme, are for a 16-storey scheme at 60 Aldgate.

The revisions include almost 5,000 square metres of additional office space and four extra storeys. Rocket Properties said the revisions were in response to post-pandemic changes to working.

The new proposals will deliver an 80m-tall building with three basement levels, and 16 storeys at ground level and above, including mezzanine and plant levels.

The design includes “sinuously curved” terraces on the top four storeys and structural changes to reduce the number of columns landing between underground tunnels.

It will also require the demolition of the Still & Star pub, first opened in 1820, which will be replaced with a larger pub as part of the development.

The earlier version of the scheme would have delivered 28,690 square metres of space, with 27,824 square metres for office use, in a 68.65m building.

As reported by CN earlier this week, a record number of tall buildings were given planning consent in London last year, according to research by New London Architecture and Knight Frank.

The annual London Tall Buildings Survey found the number of planning applications rose by 26 per cent in 2021, compared with 2020.

Meanwhile, the number of tall buildings given planning permission increased by a quarter, with 341 that have received planning consent awaiting construction. According to the report, a further 71 schemes have planning consent and await the completion of Section 106 agreements.