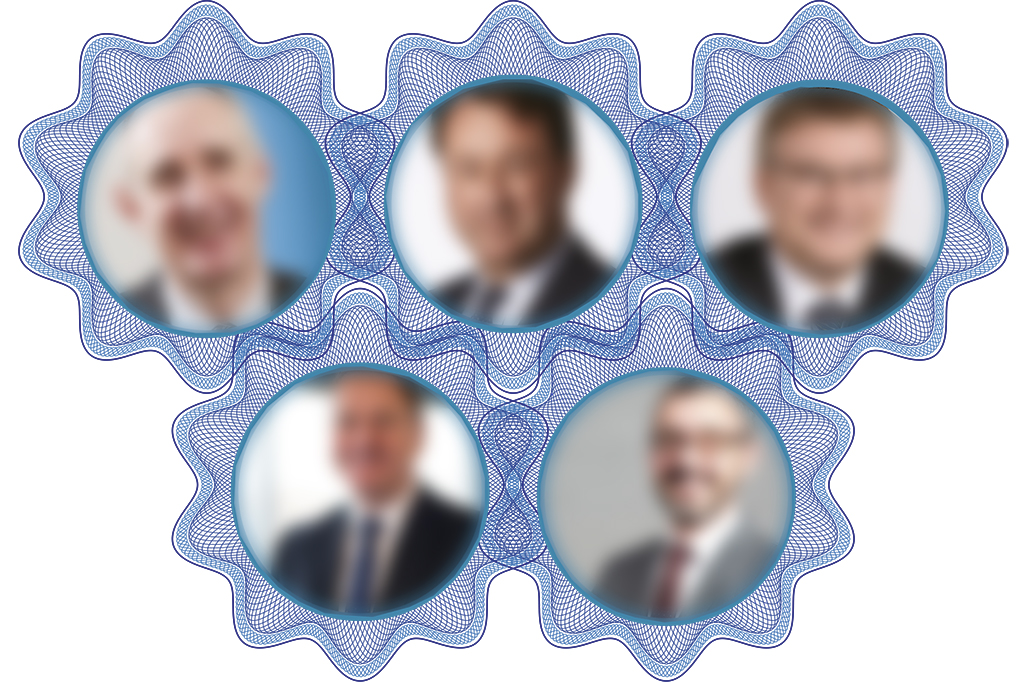 The industry’s highest earners have once again seen their pay rocket, after COVID lockdowns brought a year of restraint. James Wilmore examines how the rises sit within a context of rising worries over the cost of living for those further down the foodchain.

Recent events in Westminster have demonstrated that the phrases “executive pay” and “bankers’  bonuses” remain highly toxic for politicians.

Liz Truss seemed to think that the sands had shifted. She assumed power attempting to distance herself
from recent predecessors by adopting a Thatcheresque ultra free-market approach to the economy.
But after facing outrage from markets, public and MPs, chancellor Kwasi Kwarteng was forced to drop plans announced in his ‘mini Budget’ to scrap the 45p top rate of income tax. Although there has not yet been a reversal of the move to scrap the cap on bankers’ bonuses.

Andrew Speke, a spokesman for the High Pay Centre, tells Construction News: “I don’t think we’ve seen a government in the current political era that is so comfortable with those at the top earning lots.”

Salaries earnt by the top rung of earners in the UK construction sector are well below those found
in many other industries.

Nevertheless, a CN analysis of executive pay at listed construction companies – based on their
latest published annual reports – reveals that, following a COVID-related dip, executive pay is once more on the rise. At a time of great cost-of-living worries, and calls for pay restraint by the Bank of England, the chasm in pay between those at the top and the rest of the workforce appears starker than ever. (See below for full top 20 table).

The industry’s top earners have seen a major bounceback after a period of pandemic-related restraint.

Most annual reports cover the calendar year 2021, during which time the average total package awarded to the top 20 best-paid executives was £1.25m – a 66 per cent jump over the previous year. In total, the sector’s top 20 executives secured around £25m compared with a collective sum of about £15m the year before. Much of this was driven by top executives seeing their annual bonuses restored.

Construction was not alone in seeing a rebound in executive pay. FTSE100 chief executives saw their overall remuneration jump by 39 per cent in 2021 to an average of £3.4m, according to a study by the High Pay Centre think-tank and the Trades Union Congress. The median average of £3.4m compared with £2.5m in 2020.

Remuneration committees clearly felt comfortable with turning the taps back on in 2021 as some degree of normality was restored. “I think there was an appetite especially for those [firms] who had tightened their belts during COVID to go back to normal and make up for it,” says Speke.

In construction this came against a backdrop of firms gaining stability after the initial shock of COVID-19. This year’s CN100, published last month, revealed that pre-tax profit was up by an average of 25.4 per cent among the industry’s biggest 100 firms as an easing of restrictions helped reinvigorate delayed projects, boosting the sector’s overall confidence.

So which executives benefited in 2021? The highest riser was Kier boss Andrew Davies, who leapt nine places to sixth in the table. Since joining the industry giant in April 2019, when there were fears for its future, Davies has successfully steadied the ship. The group returned to profit last year, although its share price has remained in the relative doldrums. The firm’s turnaround effort also saw chief financial officer Simon Kesterton come in as the highest new entry, placing seventh on the list.

Davies’ overall package more than doubled to £1.3m. This was helped by picking up a bonus of £669,000, compared with zero the year before.

Kier’s remuneration committee justified the award as it said against a “challenging backdrop” Davies had “successfully led on creating a strong operational platform for sustainable profitable growth and generating free cash flow, whilst simplifying the group and strengthening the balance sheet”.

Kier is clearly keen to hang on to Davies and reward him for his efforts. From July last year his basic salary increased 26 per cent to £750,000. The remuneration committee said it considered staggering the increase over several years but decided to act to get his salary up to a “level that reflects the size of the job and is sufficient to retain and motivate him, rather than making incremental, less impactful increases”.

The firm’s committee will likely have had one eye on its larger rival Balfour Beatty, whose boss Leo Quinn retained top spot in the list. Balfour’s chief executive pocketed a basic salary of £800,000 in 2021, up from £773,333 the year before. Quinn had taken a voluntary 20 per cent cut in basic pay in April and May 2020 as the market looked uncertain at the start of the pandemic. While this has been restored, he has declined an offer from the firm’s remuneration committee to increase his basic pay by 1.5 per cent.

“As the company and the country emerges from the effects of the pandemic, Balfour Beatty has continued to deliver a strong financial recovery with results returning to 2019 pre-pandemic levels,” Anne Drinkwater, chair of Balfour’s remuneration committee, says in its annual report.

Quinn’s overall compensation is still considerably lower than his 2018 package, which was £4.3m. The year before that his total remuneration stood at £5.4m.

Balfour’s boss has come out top of this ranking each year since CN started it in 2018. But after being a long way ahead of other executives previously, this time he had a challenger in John Morgan, co-founder of Morgan Sindall.

Morgan’s overall package jumped 153 per cent to £2.77m, moving him from fifth to second in the table, the position he held two years ago.

Helped by a sharp rise in the group’s share price in 2021, Morgan received a maximum annual bonus of £683,000, compared with zero in 2020. Chief financial officer Steve Crummett also zoomed up the list to third, from ninth last year, as his total remuneration was £2.2m – making him comfortably the industry’s highest paid CFO. Crummett’s bonus was £545,000, while the value of his long-term incentives nearly tripled to £1.16m.

But while the pair oversaw a more than doubling of Morgan Sindall’s annual pre-tax profits in 2021, some were left unimpressed by the pay and bonus increases. In May around a third of the firm’s shareholders voted against the executives’ remuneration packages. Morgan Sindall said at the time the packages acknowledged the “exceptional circumstances created by the pandemic and ensure that executives remain adequately incentivised”.

Further evidence of the overall bounceback in executive pay came at Galliford Try, where chief executive Bill Hocking saw his overall remuneration more than triple to £1.03m. This was partly helped by his basic salary and fees being restored to £450,000 after he took a 25 per cent cut for three months in 2020 due to the pandemic.

A notable development was Costain’s Alex Vaughan making the list for the first time, having joined the group in May 2019. The contractor still reported a pre-tax loss in 2021, but this narrowed to £13.3m, compared with £96m the year before. Like many of his peers, Vaughan’s remuneration was boosted by the return of a hefty bonus. He received £474,683 in “annual incentive”, against nothing the year before.

Costain was also responsible for a landmark placing on the list. Helen Willis, the firm’s chief financial officer, is the first woman to appear in the top 20 since CN’s survey started in 2018. Willis landed at 15th after being awarded an overall package of £802,055 in 2021, helped by a bonus of £394,200.

However, with 19 out of 20 of the list being men, like the wider construction sector, boardrooms still have a long way to go in improving their record on diversity.

On wider societal issues, while executive pay bounced back last year, this was before the cost of living crisis properly kicked in. It is likely that firms will be weighing up how they reward their executives compared with the rest of the workforce.

A number of companies have already responded by awarding extra payments to staff. Galliford Try announced in September it was giving up to £750 to around 1,800 employees, representing about half of its workforce. John Sisk & Son is handing an extra £900 to its UK staff and €1,000 in Ireland and Europe. Meanwhile demolition specialist Keltbray is giving £1,000 each to staff earning below a basic salary of £50,000.

Speke says these figures have to be put in context of how much staff at the top are earning. “Obviously it’s a helpful amount of money but when you look at inflation and how that hits those on lower incomes harder I think we need to be cautious in celebrating it too much. If you have pay increase in line with inflation then that is decent, but how does that compare to those at the top?”

Pay ratios remain an area of focus as large UK listed companies with more than 250 employees are required by law to report them. At Balfour Beatty, the median pay ratio between boss Leo Quinn and its UK staff was 57:1, up from 45:1 in 2020, but down on 2019’s 65:1. At Kier, its nearest rival in terms of size, the pay ratio between chief executive Andrew Davies and UK staff was 36:1, up from 20:1 in 2020. Kier says this was due to the bonus paid to Davies. Its annual report adds: “It considers that the median pay ratio for 2021 … is consistent with the pay, reward and the progression opportunities available to UK-based employees across the business.”

Looking ahead to executive pay rewards in the current year, Stephen Rawlinson, an anaylist at
investment and management consultancy Applied Value believes it could be a different story based on the share price performance of a number of leading firms. “Most of the share prices did reasonably well last year, but it won’t be the same this year,” he says. In the year to date, Kier, Morgan Sindall, Galliford Try and Costain have all seen theirs fall. Only Balfour Beatty has seen its rise.

Nevertheless, remuneration committees still need to be seen to be paying competitive rates to lure the best talent. “If you want to attract people of the calibre of John Morgan, Andrew Davis and Leo Quinn, then you’ve got to pay them the going rate for the job now,” says Rawlinson. “They face unprecedented challenges. Although the question you constantly come back to is: do they deserve all of this money?”

And with the current political and economic unrest, remuneration committees will have to think long and hard about any bonus payments for the current year and how they will look to the workforce.

“We’re facing an unprecedented cost of living crisis and companies are dependent on the whole of the workforce delivering,” says Speke. “If companies are doing well bosses might be paid more, but that should also be reflected in inflation-busting pay rises for workers.”