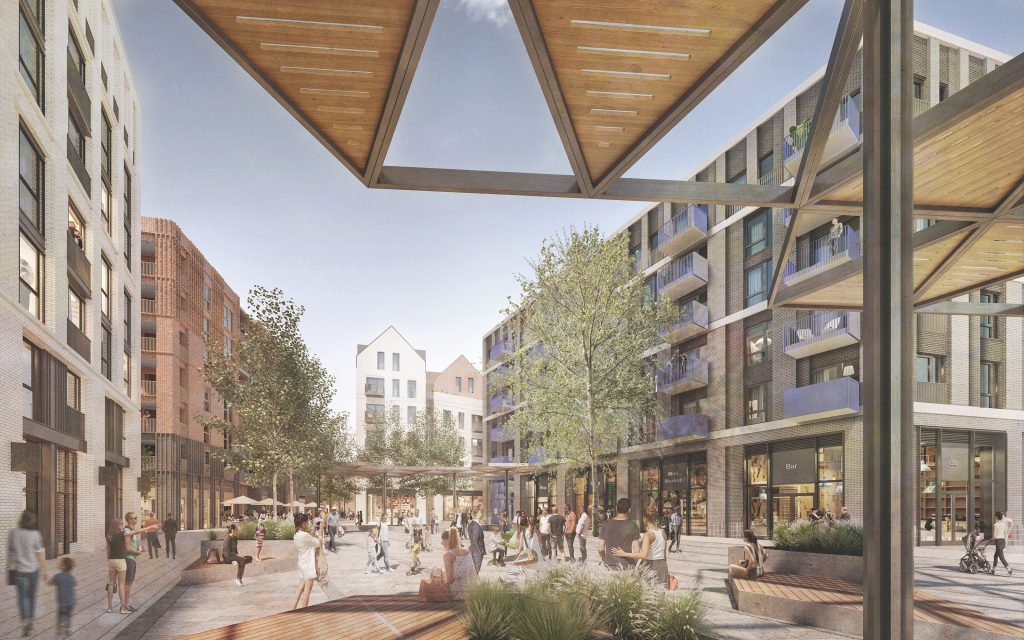 The developer behind the Norwich shopping-centre overhaul that was controversially rejected by housing secretary Robert Jenrick has unveiled scaled-back plans for the site.

Weston Homes has slashed the maximum height of its Anglia Square scheme from 20 storeys to eight, and reduced the number of proposed homes by 150 to 1,100.

The amount of retail and commercial space in the development has been cut by about 80 per cent to less than 7,500 square metres.

Jenrick blocked the initial application in 2020, despite it being approved by the local council and backed by a planning inspector.

The minister blasted the 20-floor tower for its “excessive size” and said it lacked “the exceptional quality required” to be considered a landmark.

Weston Homes said it had undertaken extensive engagement activity since that decision, including holding seven public exhibitions and meeting with 16 key bodies.

The developer added that the pandemic had changed shopping habits and triggered a rethink of the proposals. Meanwhile, car-parking provision has been reduced in line with council policy.

The new scheme is designed around a network of central pedestrian courtyards, which are accessed by covered archways, streets for pedestrians and bicycles, and two public squares.

Weston Homes chairman Bob Weston said: “After many months of hard work on the designs, we hope that the new application will be well received by the planning committee and local people of Norwich.

“Weston Homes remains firmly committed to finding a viable future for Anglia Square, which has the support of the people of Norwich.”