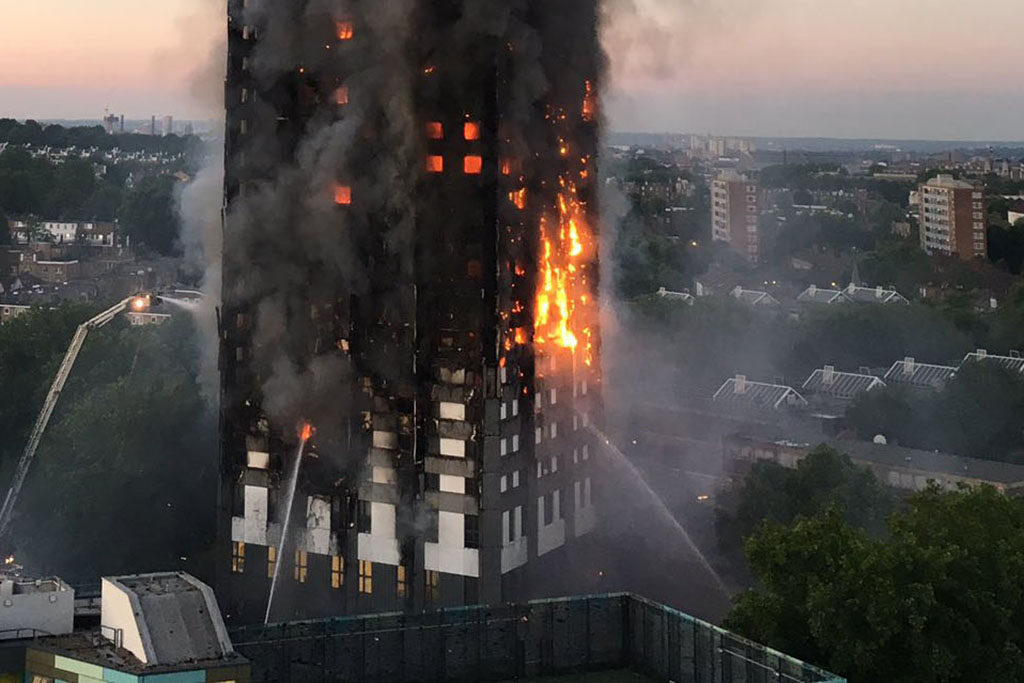 Vital remediation work to improve UK building safety after the Grenfell Tower tragedy is being affected by a lack of rainscreen-cladding trainers, a report warns.

The Competence Framework – Installer Pilots report, compiled by the WG2 steering group formed on the back of the Hackitt review into building safety, found that an “insufficient” number of trainers was affecting efforts to boost the rainscreen-cladding workforce.

A lack of training centres was also highlighted by the report, which said issues around the sector and its training would prevent the industry from installing cladding on new buildings, as well as remediating existing ones. Concerns have been raised within the government regarding the sector’s ability to meet cladding targets.

“Availability, content and take-up” of fire-safety awareness training for installers is also limited, according to the paper, which set out several “red flags” that need to be addressed by installation trades within the coming months.

It follows a government report this week, which found that one in 10 mid-rise residential buildings in the UK requires work to reduce the risk to life from fire.

Following the Grenfell Tower fire, WG2 was set up as one of the Competence Steering Group (CSG) working groups to look at the competence of those installing fire-safety systems. It was then extended to cover all installers.

This week’s report sets out the current state of competence arrangements for those installing products and systems in buildings from six trades, including domestic plumbing and heating, drylining, fire detection and alarms, fire-stopping specialist, rainscreen cladding and roofing – with installers now been instructed to start Stage 2 of the process.

It found that a “major weakness” of most accredited third-party certification schemes among installers was the lack of assurance on individual competence, including the no-minimum qualification requirements. Confusion around competency requirements for those responsible for confirming compliance is also an issue, while checks on how an organisation ensures the competence of its workforce are needed.

The absence of an established experienced worker route (EWR) to enable skilled workers to validate their competence was identified as another red flag, as the paper states it was a “significant gap” in all pilot trades.

All six sectors need to consider a “standardised and robust system of revalidation of competence”, the report added, as there was an “ongoing reliance” on qualifications achieved years earlier, which needed updating.

Responding to the findings, Mark Reynolds, chief executive of Mace, and sponsor for the CLC’s People and Skills Network, said: “Publication of WG2’s latest report marks an important milestone in progress towards improved standards of installer competence in the built environment.

“The CLC will continue to do all we can to assist with the pilots and I would urge other installer sectors now to embark on their own competence journeys, drawing on the resources which WG2 has provided.”

Installers have been instructed to develop sector-specific competence frameworks that “close off any red-flag issues” raised in the report, which expects this work to take six to nine months. As a first step, the sectors are asked to establish a group with a chair, secretariat and members, which “appropriately represents” the sector, and agree a plan and timeline to complete the work required.

Iain McIlwee, chief executive of the Finishes and Interiors Sector trade association (FIS), a participant in the drylining pilot, said: “FIS and its members are fully committed to raising standards of competence for organisations and individuals, and we have found it immensely valuable to collaborate with and learn from colleagues through this work.

“We look forward to carrying on the work, further developing and embedding the drylining competence framework into the core of our sector, and beginning the dialogue about competence in other disciplines to ensure that we all work better together.”