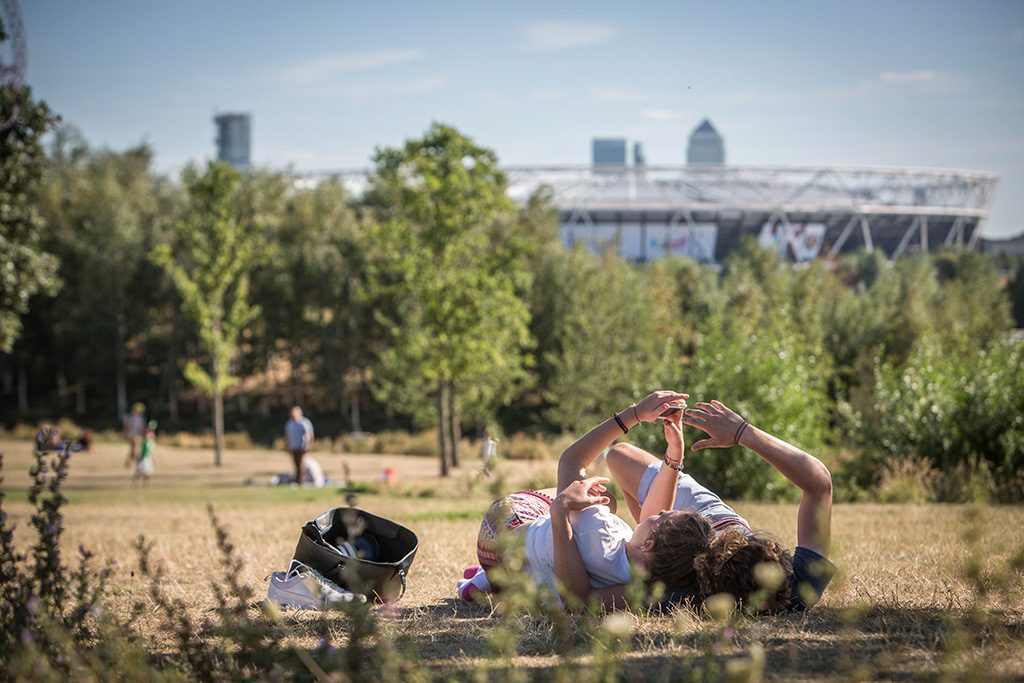 The planned East Bank cultural quarter in the Olympic Park, project-managed by Mace, is facing the immediate prospect of increasing costs and further delays, it has emerged.

The London Legacy Development Corporation (LLDC) has changed its risk assessment of challenges facing the project’s budget and construction programme to indicate that these are now materialising as practical concerns.

East Bank will be spread across three sites in London’s Olympic Park.

LLDC is managing the Stratford Waterfront site, which will include new buildings for Sadler’s Wells theatre, the BBC, the Victoria and Albert (V&A) Museum and UAL’s London College of Fashion – all currently due to open by 2025.

At the other East Bank sites, University College London is opening a new campus and the V&A is opening a separate museum-store building.

LLDC’s Stratford Waterfront project is running over budget due to the COVID-19 pandemic and other factors, with the most recent public figures from December 2020 stating that the expected cost had increased from £471m to £628m.

The corporation’s internal auditing assesses concerns as either “risks” or “issues”, explaining that “risks become issues either when risk crystallises or when they are very likely to occur”.

A report to LLDC’s audit committee earlier this week highlighted a “red issue relating to East Bank budget and programme”, based on a red, amber and green scale whereby red represents the most serious concerns. In the previous such report in July, this matter was assessed as a red risk, meaning it has “a high likelihood and/or a significant consequence”.

In addition, the report identifies a “red issue relating to East Bank philanthropic funding” – the same assessment that this matter was given in the previous report from July. LLDC says it will mitigate this through “fundraising strategy in development with GLA”.

The corporation’s full risk-management update has been redacted from the published meeting agenda because it contains information relating to LLDC’s business affairs.

Mace, which project-manages East Bank, declined to comment when contacted by Construction News.

In addition, LLDC, a mayoral development company, has confirmed that it will review its procurement for East Bank after a GLA committee urged it to do so.

In July, East Bank was included in a report on procurement by the GLA Oversight Committee. This says that according to LLDC, 40 per cent of the £157m cost increase reported in 2020 is due to the impact of the pandemic, 27 per cent comes from “design development and integration issues”, and 35 per cent is down to contractor cost estimates in excess of budget.

An LLDC spokesperson said: “East Bank is a £1.1bn powerhouse of culture, education, innovation and growth, and one of the world’s most ambitious regeneration projects. In spite of the physical site constraints and additional challenges posed by Brexit, COVID-19 and wider supply chain issues, the project remains on track with institutions opening from autumn 2022 through to 2025.

“We have reported regularly and faithfully to the Mayor and London Assembly on the financial pressures faced and will continue to do so, including commissioning a review of the procurement challenges faced by the project so that others may learn from our experience.

“While the economic environment makes fundraising a challenge, we remain confident that the scale, ambition and benefits of East Bank will prove attractive to individuals and organisations who wish to be associated with a unique venture that will cement east London’s future for the benefit of its local communities.”

East Bank is financed through a combination of the project partners, the private sector and philanthropy, alongside public funding from the GLA and central government.