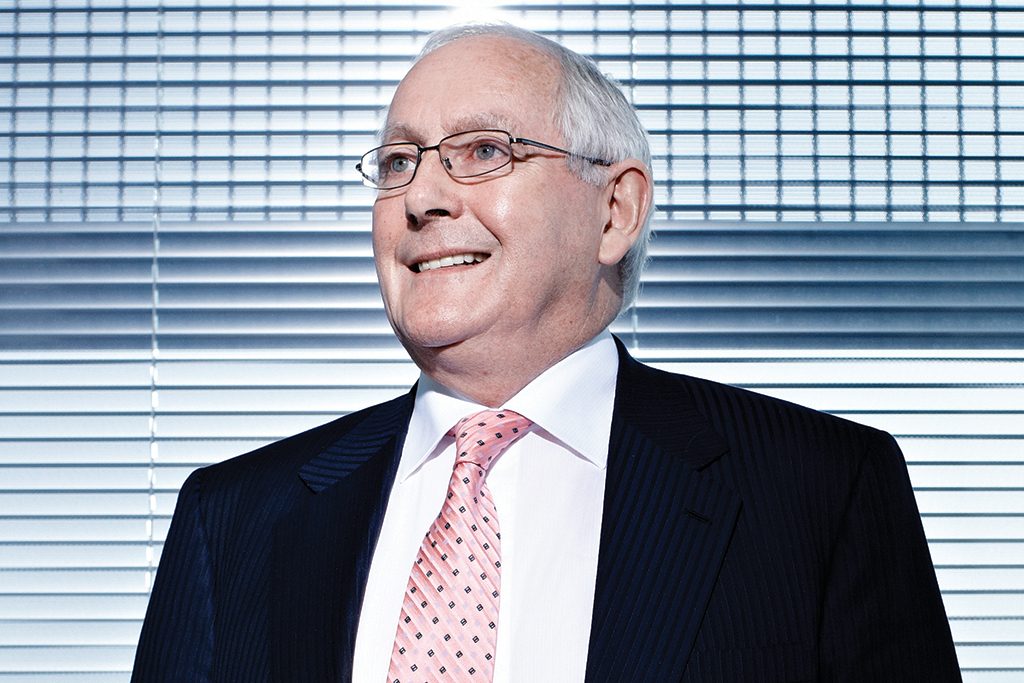 Laing O’Rourke chief executive Ray O’Rourke has cancelled his plan to step down, and his designated replacement Seamus French is to leave the company.

The announcement came at the same time as it was revealed the group’s global profits had been slashed due the fallout from a historic job in Australia.

The contractor announced last year that O’Rourke, who co-founded predecessor O’Rourke & Son in 1978, was to leave the role after a handover period with Seamus French, former head of mining giant Anglo American’s bulk commodities and other minerals division.

French’s “extensive plc” experience was cited at the time, and a transition was said to be part of a plan to become a publicly listed company “by 2024”.

Construction News understands that timeline is now unlikely, but a spokesperson said the plan was “not off the table”.

Laing O’Rourke released its full company accounts and annual report at the same time as it announced the news that O’Rourke will stay on for two more years.

It said its finances had been hit by £69.6m relating to a dispute over a contract in Australia which was terminated in 2017. The job was not named in the accounts but it has been in a well-known dispute over the building of four cryogenic tanks in the country since 2017, and had previously been pursuing a £93m claim over the work.

Results released for its operations excluding Australia last week showed its pre-tax profit trebled to £16.2m, with turnover excluding JVs standing at £1.8bn, up from £1.52bn the previous year.

In the statement announcing the change of leadership plan, company chair Sir John Parker said: “Since signing off the group accounts for [the latest financial year], Seamus and Ray have been focused on the challenges of completing a CEO leadership transition during a period of significant economic turbulence here in the UK.

“We have agreed to ‘hold formation’ and that Seamus will step down from his transitional role as Europe managing director with Ray remaining as CEO.”

French joined the firm’s leadership team in January, as Europe hub and chief executive-designate, on a three-year contract.

He said: “I have thrown myself into this role and found the industry tough but exciting and have grown extremely fond of the ‘can-do’ environment and personal engagement at Laing O’Rourke. However, my experience tells me it is better to allow the established team to flex and respond to the market at this time.”

Ray O’Rourke previously stood down as chief executive in April 2013, handing over to Anna Stewart and becoming group chair. However, he returned to lead the company in 2015 when Stewart became ill.

In 2017 he told CN he was planning a stock exchange float after his departure from the firm, which he said was likely to happen at the end of its 2020 financial year.

He said at the time: “There’s a danger with founder leaders that they are definitely past their sell-by date. I started succession planning in 2006, but you have to get out of the way – you can’t be a ghost walking around, I have seen it in other organisations and it doesn’t work.”