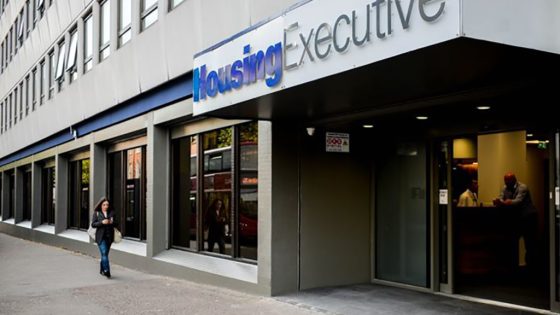 The strategic housing authority for Northern Ireland has “mutually agreed” to release 10 contractors from maintenance contracts to save them from potentially falling into administration.

In a statement, the Housing Executive confirmed it had reached an agreement with the contractors to free them from the contracts due to the impact of “escalating construction costs”.

The housing body said the decision to release the firms, which approached the executive with concerns about the work, would help to avoid potential business collapses and “significant job losses”.

It will, however, result in a delay to improvement works on about 3,600 homes, according to the Housing Executive.

Construction News understands that a total of 12 contracts were tendered in 2020, “prior to the current inflationary price rises”. But just two of the contracts – which are due to run until 2027 – will continue amid concerns around material prices among the contractors that were appointed to do the work.

It is also understood that the companies that have mutually agreed to pull out of the contracts are larger firms that have been working with subcontractors. The names of those companies have not been shared.

Housing Executive chief executive Grainia Long said the group had “applied uplifts to contracts” where it had been possible, but it had not been possible in all cases due to insufficient evidence and “wider procurement law”.

Long said: “The construction industry is suffering from severe inflationary pressures caused by rising material and fuel costs, as well as labour and skills shortages.

“We have agreed to mutually terminate 10 contracts, which were tendered in 2020 prior to the current inflationary price rises.

“This decision has been made in full agreement and consultation with the contractors.”

CN understands that the contracts would have needed an uplift of about 30 per cent – double what was possible within the terms of the deals.

Long added that the alternative would have seen the Housing Executive forcing contractors to “continue at the work, which would have placed increased pressure” on them.

“[This] could result in the contractors entering administration and putting a significant number of jobs at risk,” she said.

Although the move will lead to delays for tenants, Long stressed that the Housing Executive had a duty to ensure contracts were “sustainable for the construction industry”.

“We have been engaging with the industry, contractors and partner organisations, and it is clear that the economic environment will take a long period to recover.

“I hope we can continue to scale-up our programmes, as we navigate extremely difficult economic conditions.”

The Construction Products Association’s latest State of Trade Survey showed a negative balance of 12 per cent in the number of firms reporting a fall in sales or an increase between July and September 2022.

The figure for “light” construction materials (such as internal fittings) was positive, but, at 17 per cent, was also at its lowest level since the second quarter of 2020.

Commenting on the Housing Executive’s statement, the head of housing and planning policy at the National Federation of Builders, Rico Wojtulewicz, said it was rare for contractors to walk away from jobs – but stressed rising material prices remained the “number one issue” in the sector.

“The public sector has been fairly understanding about the rising costs [of materials],” he said. “Usually it’s a renegotiation […] That’s not so easy in the private sector. But walking away from maintenance contracts doesn’t happen that often.

“We’ve been telling our members for quite some time to insert contractual arrangements that would allow them to either renegotiate or pull out of a contract.”

He also said that increasing material costs, caused by inflation, were making it hard for contractors to “make projects work” in a financial sense, putting some off from taking housing jobs. “It’s a never-ending cycle of prices increasing,” he said.

The Housing Executive delivered improvement and maintenance programmes worth more than £190m last year, which it claimed was its largest annual investment in its homes since 2008.