Providers slow on remediation work could be ‘named and shamed’ 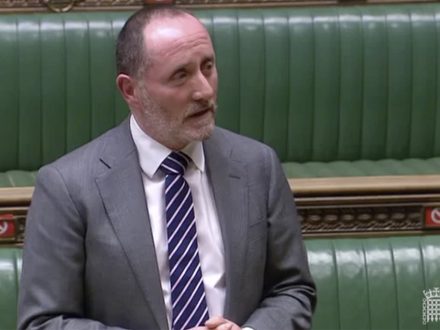 The government has threatened to “name and shame” housing developers who are slow to remediate unsafe buildings in a bid to speed up work.

It comes as several MPs called progress on remediation work “agonisingly slow”, with one highlighting that more than a quarter of buildings with Grenfell-style ACM cladding had yet to be improved half a decade after the tragedy.

Speaking in the Commons, Hughes said: “Where building owners are failing to make acceptable progress, we will not hesitate to take further action, including naming and shaming developers who are dragging their feet, along with tougher enforcement action by both councils and fire and rescue services.”

“Let there be no doubt: industry must pay to fix the building safety problems that they themselves create.”

More than 35 developers have signed up to a pledge that will see them remediate any buildings they built over the past 30 years without applying for government funds.

Hughes assured peers that the government had not “shied away from” calling in developers, alongside councils, to discuss individual cases and ensure remediation works “begin without delay”.

Earlier in the debate, Labour MP for Greenwich and Woolwich Matthew Pennycook said there were “serious problems” with the overall pace of remediation work, particularly on buildings with similar features to Grenfell Tower.

“Data released in April makes it clear that there still exist, nearly five years on from the Grenfell tragedy, 58 residential buildings with Grenfell-style ACM cladding on them, 16 of which have not even begun to remove or replace it.”

Pennycook also quizzed the minister on whether the Health and Safety Executive (HSE), the new building safety regulator introduced by the government, would be able to keep the proceeds of fines it issued to facilitate its service.

Hughes replied: “The best commitment I can make is that the regulator will be properly funded to discharge its duties […] we are determined to make sure it has the staff and resources to deal with the problems it faces.”

A report by the WG2 steering group, formed on the back of the Hackitt review, warned last month that remediation work to improve UK building safety is being affected by a lack of rainscreen-cladding trainers.

Housing minster Stuart Andrew revealed in April that dangerous buildings lower than 11 metres could be remediated and are set to be discussed on a case-by-case basis.