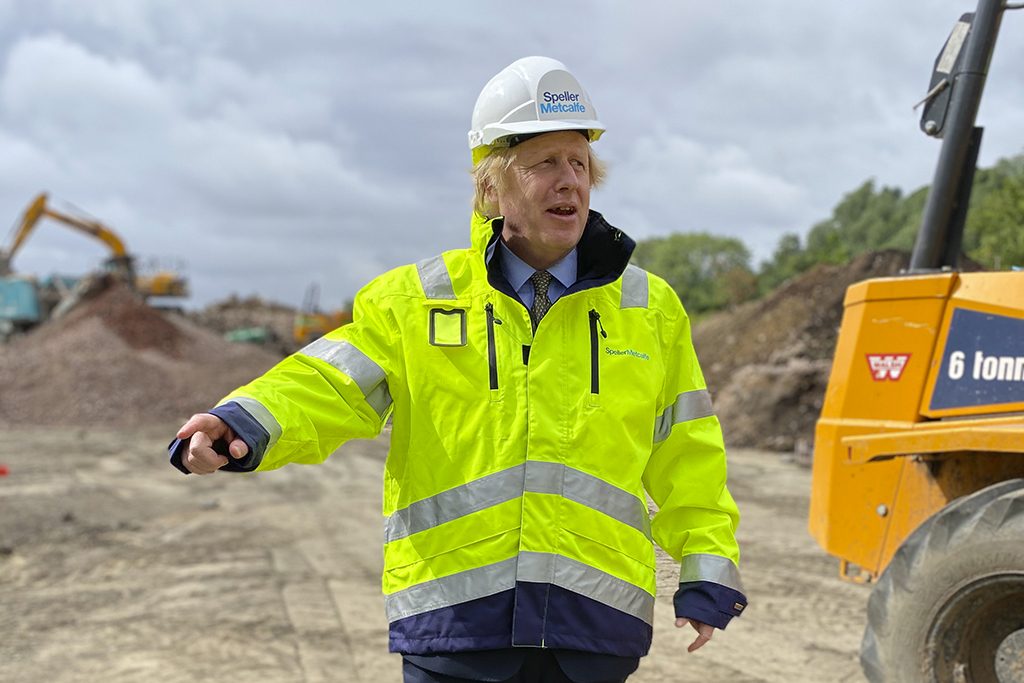 Boris Johnson has pledged to increase housebuilding as part of a package of measures to tackle the cost-of-living crisis and boost the economy.

Johnson’s speech has been widely viewed as the start of a political fightback after a damaging week that saw him narrowly survive a confidence vote among his own MPs, following revelations of rule breaking at Number 10 during pandemic lockdowns.

“Today, I want to talk about the single-biggest chunk of household expenditure – the cost of housing itself,” he said.

Just three in 10 millennials in the UK own their own home, compared with four in 10 in France, Johnson noted.

“Partly, this is a function of supply,” he said. “When Labour left office, they famously remarked that there was no money left – they had also failed to build homes at the rate that was necessary.

Johnson insisted that plans worked up by housing secretary Michael Gove would enable the government “to build more of the right homes in the right places”.

“We are going to put more publicly-owned brownfield land to use and seek to unlock small sites that are ideal for the kind of unobtrusive development that communities welcome, with priority for first-time buyers and key workers,” he said.

“We are supporting self-build and custom-build homes. And we will sensitively make use of existing planning rights; for example, by making it easier to turn disused agricultural buildings into homes for local first-time buyers.”

As the prime minister unveiled a controversial policy of extending the Right to Buy scheme to housing association tenants, he insisted that any residences sold would have to be replaced with a newly-built social home.

“We understand the vital importance of council homes and affordable homes. We will continue to insist on a 1:1 replacement, so when sales are made the receipts are used to build more. We want to build hundreds of thousands of homes every year.”

“The trick to pull off to build more homes is to put in the infrastructure,” he said. “You have to make sure the roads and transport systems are in place.

“Crossrail will enable us to do things that were simply not possible – developments in parts of the capital that were not economically viable. That is what this government is doing.

“That’s why we are investing £650m in infrastructure, skills and technology – partly to enable the private sector to come in and build homes where people want them.”

Key industry figures this week reacted in alarm after research showed residential construction growth had slowed to its weakest pace since the first COVID-19 lockdown.