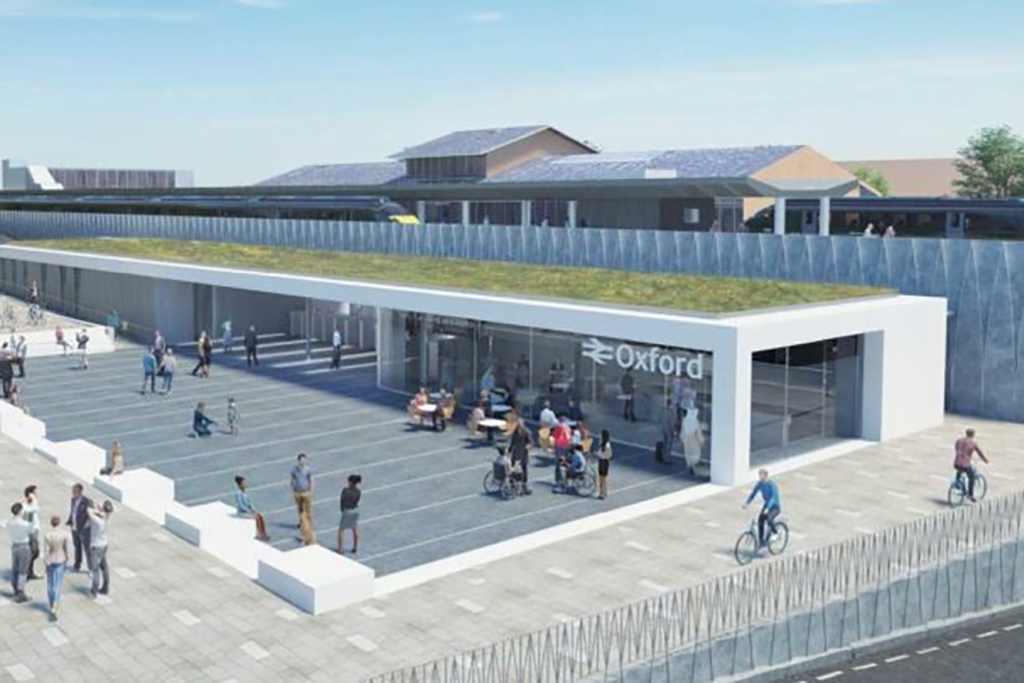 A £161m funding package for the upgrade of Oxford station has been announced by the government.

The agreement of a final funding decision by the Department for Transport (DfT) will see the station undergo a significant facelift, with the aim of improving passenger experience and linking up local transport.

Among the upgrades will be the creation of a new track, platform and fully accessible entrance on the west side of the station, making travel easier for passengers.

The additional track and platform will significantly improve capacity at the station, according to the government, which will help to boost connections, the economy and job opportunities.

In March, Kier secured a contract to take Phase 2C and 2D of the project through Governance for Railway Investment Projects (GRIP) Stage 5. The contractor agreed to provide the detailed design and enabling works package at the site, which is referred to as the Oxford Corridor Phase 2 project.

Funding will also be used to renovate the existing road bridge on Botley Road, creating a cycling and walking path, while three high-speed crossovers to be built will enable trains to turn around in the station, reducing journey times.

Responding to the funding announcement, Network Rail’s western route and strategic operations director, Mike Gallop, said: “We are delighted to have been awarded this significant amount of funding from the DfT, which will enable us to make positive substantial improvements to the station and railway.

“A new entrance, new additional track and platform, and improved accessibility will transform this station so that it is fit for the 21st century, and significantly enhance its capacity for increases in passenger numbers and future services such as East West Rail.”

Work at the station will begin later this year, with the Botley Road improvements expected to be completed by the end of 2023. The new platform and entrance are set to open in 2024.

Oxford station is one of the first projects delivered through the government’s new SPEED (Swift, Pragmatic and Efficient Enhancement Delivery) scheme, which aims to reduce construction time and project costs.

Rail minister Wendy Morton said: “This £161m will truly transform the region, increasing the number of services for passengers, boosting economic growth by connecting people to new opportunities, and increasing freight services between the South and Midlands.”

In April, VolkerFitzpatrick scooped work to build three new stations in Birmingham for Transport for West Midlands as part of a £61m scheme.