Output up but repair work hits lowest level this year 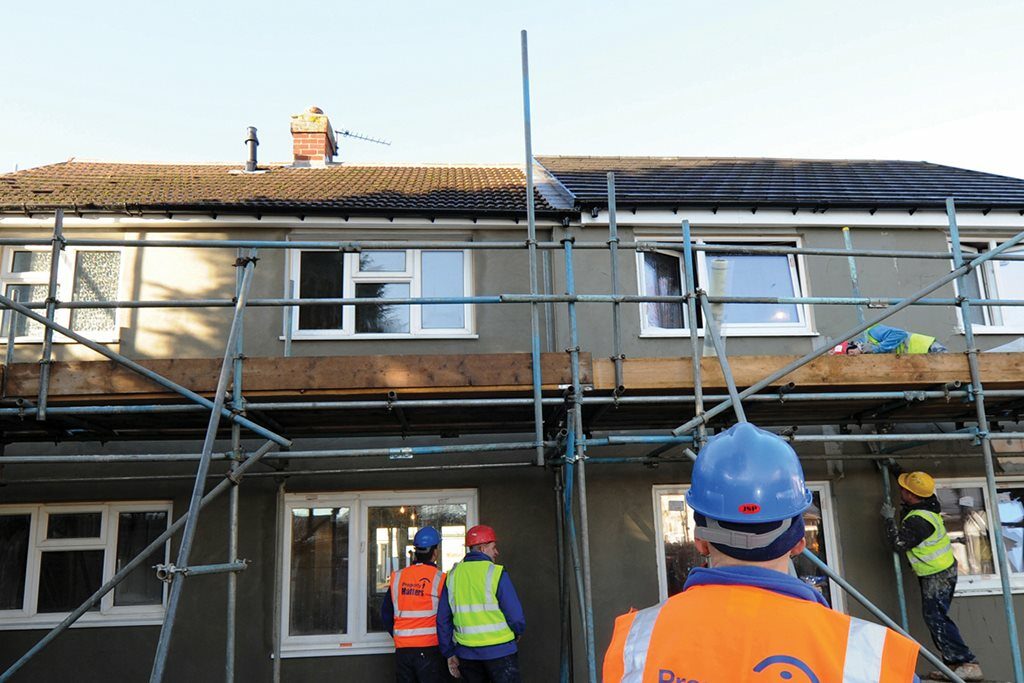 Construction output bucked the UK’s wider economic trend by rising slightly in August but repair and maintenance work plunged to its lowest level this year as the cost-of-living crisis hit spending.

Figures published this morning by the Office for National Statistics (ONS) showed the industry carried out a seasonally adjusted £15.01bn of work in the traditional summer holiday month.

This represented a 0.4 per cent increase from July and was only the second time since records began that adjusted construction output has hit £15bn. It was also in sharp contrast to a 0.3 per cent drop in the UK economy as a whole over the period.

The rise in construction output was driven by new work, particularly in the infrastructure and private housing sectors.

The sizeable repair and maintenance market shrank for a third consecutive month.

Just £5.55bn of such work was carried out on existing structures in August, according to the data, down 2.0 per cent from July and 4.8 per cent from May.

The ONS cited inflation in both construction prices and general bills as key factors in the drop in demand for repair and maintenance. It also warned that the rise in new work was not good news for all in the sector.

“Anecdotal evidence gathered from businesses over the month suggested the narrative around the cost-of-living crisis was a major factor, as businesses and households are spending less on repair and maintenance work during this time,” said the statistics body in a statement.

“Many firms suggested that the high prices for construction materials meant some repair and maintenance projects were being put on hold, whether temporarily or permanently. In contrast, some new projects were continuing as costings were agreed prior to the recent price increases, and as such the construction firms were having to absorb these.”

“Energy bills are double what they were, and people are seeing their mortgage rates triple,” he said. “Everyone has less money to spend so they cut back on improving their property.

“Unless the government has a magic wand – and I see no evidence of that, in fact quite the opposite – we are in for a bumpy ride.”

Stuart Law, chief executive of property finance services provider the Assetz Group, said economic and political factors were likely to “have a significant impact over the winter months”.

“The construction sector is among the industries that will be the hardest hit by the challenging economic environment,” he added.

“This is particularly significant for SMEs, who are disproportionately impacted by exponential increases in the cost of materials, labour shortages, rising energy bills, supply chain issues and the looming threat of at least a modest recession driven by sharply rising interest rates.”

But he added: “As we come out of peak season, it’s clear that we are set for a challenging winter as inflation continues to affect costs for private and public sector projects alike. The chancellor’s welcome energy support package will no doubt help, but project teams will need to work in close collaboration to manage costs as projects and pricing evolve.”

Clive Docwra, managing director of property and construction consultancy McBains, said the industry was “holding firm during a difficult period”.

But he warned: “There are still bumps in the road to be negotiated. The cost of construction remains high and further volatility over the medium term can be expected as factors such as Russia’s invasion of Ukraine and the energy crisis bite harder.

“And despite the increase seen in private investment, the risk of recession and high interest rates means some investors are still holding the pause button until the economic picture becomes much clearer.”