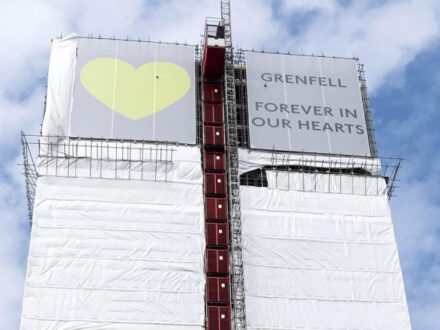 One in 10 mid-rise residential buildings in the UK requires work to reduce the risk to life from fire, an official report has revealed.

A government pilot study found that up to 8,350 housing towers of between 11m and 18m in height needed either full or partial remediation of an external wall system.

The report estimated the cost of this work – plus mitigation measures on as many as 530 residential buildings – at up to £5.3bn.

While the government has, initially at least, stumped up for fire-safety projects on towers higher than 18m in the wake of the Grenfell Tower tragedy, a row is raging over how remediation should be carried out on buildings below this threshold.

Scores of developers have signed a pledge to remediate their own works on buildings up to 30 years old. However, other parties, including material suppliers, have refused to commit cash, despite criticism from ministers.

The government has set out plans to pay for projects on buildings where a responsible developer has not been identified through an expansion of the Building Safety Levy.

But the Home Builders Federation (HBF) says this is unfair as many housebuilders will be paying twice already – through both the pledge and the recently activated Residential Property Developer Tax, which levies a 4 per cent tax on relevant developer profits above £25m.

They added that UK housebuilders were responsible for “a very small minority” of the buildings in need of remediation and that many had already signed up to the pledge.

“It is our strong assertion that other parties – including material manufacturers, building owners, other residential developers, foreign developers and their UK-based contractors – are asked to make contributions before the government makes further demands on UK housebuilders to fix buildings with which we had absolutely no involvement,” said the spokesman.

But the Department for Levelling Up, Housing and Communities (DLUHC) said it was only “right” that it protected leaseholders living in buildings higher than 11m by “making the industry foot the bill for vital repairs”.

A spokesperson added: “This data estimates the extent of cladding remediation required on these medium-rise buildings in England and the price that needs to be paid to make homes safe.

“Forty-five of the UK’s biggest housebuilders have pledged to fix their own buildings, but others in the industry are yet to come forward, and we will do whatever it takes to make sure they step up and pay.”

Meanwhile, the DLUHC this week published its response to a cross-party Commons committee that called in March for a tougher stance with suppliers, installers and contractors over cladding costs.

Repeating promises to do “whatever it takes” to hold construction product makers to account, the department revealed it had set up a ‘recovery unit’ to pursue firms “that have failed to do the right thing”.

The department added that it had created powers to “make regulations that would allow the secretary of state to compel construction product manufacturers […] to contribute towards the cost of remediation works”.