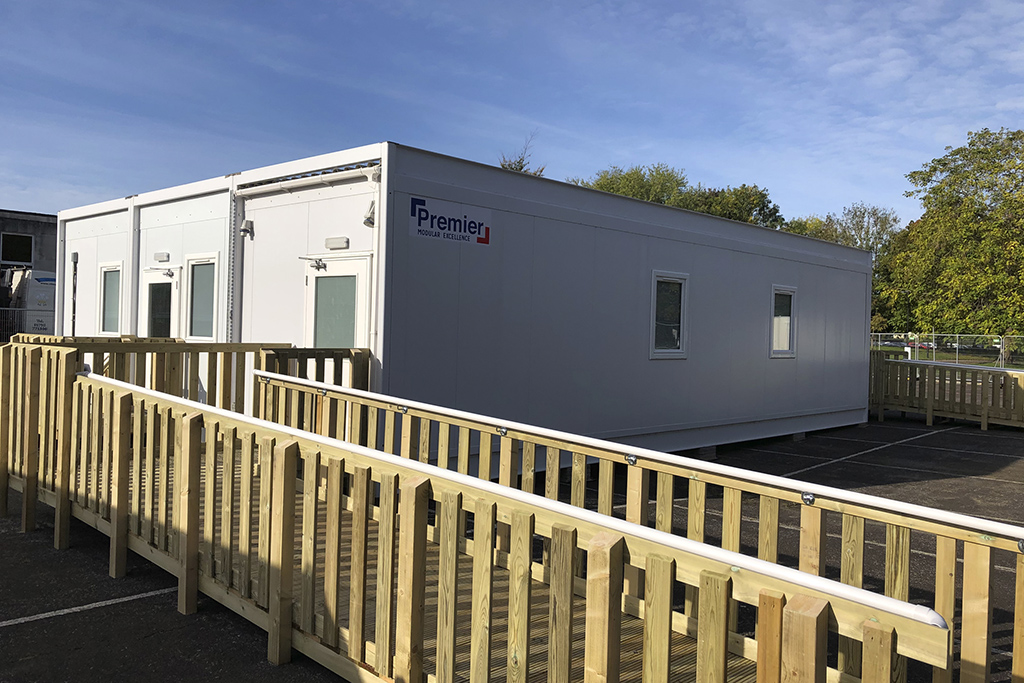 Offsite firm Premier Modular has seen its turnover rise to more than £100m from £65m.

The specialist, which was bought by an investment firm in February last year, saw its turnover rise from £65.3m to £100.4m in its financial year to 30 June 2021, newly released accounts show.

It more than doubled its profit in the period, crediting the healthcare sector work for the boost.

One of the main jobs highlighted in its accounts was the delivery of buildings for the Nightingale Hospitals initiative, the temporary hospitals established to deliver care during the coronavirus pandemic, which did not end up being used. Premier Modular also delivered more than 50 testing sites for the coronavirus in that year (pictured).

Demand for offsite work “continues to rise in every sector” due to a number of advantages over traditional construction solutions, it said.

“These include faster programmes for earlier occupation and a faster return on investment for the developer; safer working both on site and in the factory; and less disruption to the customers’ existing operations and local community during construction,” the accounts add.

The outlook contrasts with the prospects of a number of others in the offsite specialist space in recent months. Caledonian Modular went into administration in March and was subsequently bought out by JRL Group, while Mid Group went under in July. Countryside is trying to sell off one of its modular factories, which only opened last year.

Premier Modular said it expects “comparable results” in the year which ended in June 2022. It is also looking to expand its work in the education and healthcare sectors and to extend its portfolio in northern Europe. It has launched a Dutch subsidiary to increase its chances of winning work in the Netherlands.

In February 2021 the firm was bought by London-based investment firm Cabot Square Capital. Its most recent accounts reveal Cabot spent £100,000 in equity to buy Premier Modular, which was supplemented by a £35m loan from Cabot Square and a £25m loan from external sources.