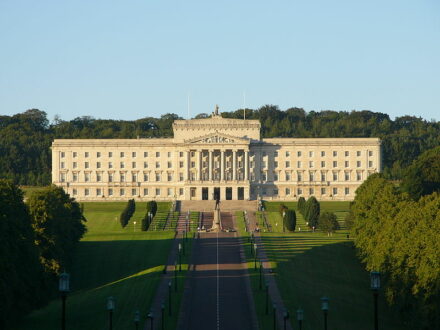 Northern Irish construction leaders have urged politicians in the country to form a government immediately to end a damaging period of uncertainty for the sector.

The Belfast-based Construction Employers Federation (CEF) said an Executive was needed to make critical decisions on planning, procurement and pipelines of work.

Since republican party Sinn Fein won the largest share of seats in elections this month, the Democratic Unionist Party has refused to form a new power-sharing administration at Stormont until major reforms are made to the controversial Northern Ireland Protocol.

UK foreign secretary Liz Truss this week promised new legislation to change the protocol, which effectively creates a goods border in the Irish Sea as part of the UK’s Brexit deal, but this has so far failed to break the impasse.

CEF managing director Mark Spence said the body’s members had a “strong view” that issues regarding the protocol should be resolved “in tandem with the formation of a Northern Ireland Executive”.

“Construction locally is suffering from crippling business cost increases and skills shortages, compounded by this governance and budget uncertainty, which is damaging to investment confidence in the region,” he said.

“We are clear that Northern Ireland construction requires our newly-elected political representatives to enable a fully-functioning Assembly and Executive immediately and work together on the issues for which they have so recently been elected.”

The lack of a fully-functioning government in Northern Ireland has caused uncertainty about future public-sector construction procurement, planning reform and housebuilding, said Spence.

“All of this requires a Northern Ireland Executive and it is vital that one is formed immediately. We must avoid a protracted period of local government vacuum, which, in a COVID-recovery environment with global inflation, will seriously hamper Northern Ireland’s economic prospects,” he added.

Aecom director Jody Wilkinson said the protocol had been positive for Northern Ireland as it allowed freedom of trade across the land border with the Republic, as well as with the wider EU bloc.

A report by the construction consultancy found that exports to the Republic were 60 per cent higher in the first nine months of 2021 than in the same period a year earlier, while the amount of goods travelling in the opposite direction was up by 48 per cent.

Wilkinson said most construction products used on sites in Northern Ireland came from within the country or its land neighbour.

But he added: “Anything that creates barriers to trade is not good. The Irish Sea border does create some friction, so if [UK prime minister] Boris Johnson can give us the best of both worlds – seamless trade with Great Britain and the EU – that would be a good thing for everybody. But if we had to pick one over the other, we would prefer the status quo from a business perspective.”

Wilkinson echoed Spence’s call for the immediate formation of a government.

“We want the Executive back to work to make effective decisions to get our industry busy – to put the rubber stamp on building schools, refurbishing properties with net-zero-carbon upgrades and so on,” he said. “Westminster will be reluctant to push any legislation through in the absence of an Executive.

“It’s a simple message: go back to work and do what we’ve elected you to do.”