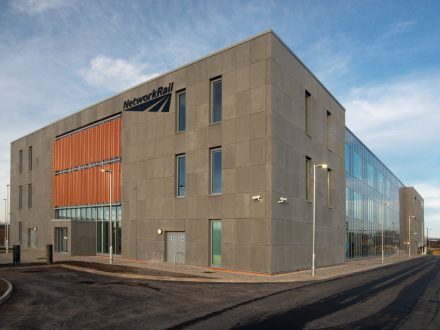 Dispute avoidance measures adopted by Network Rail have saved the company more than £1bn and reduced the number of complaints it handles, the group’s senior contracts chief has revealed.

Speaking at a Civil Engineering Contractors Association (CECA) webinar last week, Michael Strickland, head of claims and contract compliance at Network Rail, said the firm had seen a “dramatic drop” in claims after it adopted conflict and dispute avoidance initiatives.

Strickland explained that Network Rail had saved 2.5 per cent of its £48bn gross turnover after signing up to the Royal Institution of Chartered Surveyors’ (RICS) “Conflict Avoidance Process” (CAP) and implementing its own “Dispute Avoidance Process” (DAP).

Adopting the schemes has resulted in the company experiencing a lower number of outstanding disputes, “significantly below” the national average, with Strickland saying claims had virtually “evaporated”.

It comes as the Construction Leadership Council (CLC) warned last year that the number of contractual disputes related to COVID-19 was likely to increase.

Talking to delegates, Strickland said Network Rail had employed a “four-point” dispute avoidance process to reduce one claim by £4m.

He said: “Overall, with our collaborative approach and with the pledge in the background – and our conflict avoidance and our DAP – we are seeing a dramatic drop in the number of claims and the number of outstanding disputes.

“Our gross claim against our gross turnover is less than 2 per cent. And, put into monetary terms, that for us is a saving of 2.5 per cent of £48bn. That money comes back into greater work, more efficiency and actually a better-running railway.”

Strickland said disputes represented “wasted public money” – and it was beneficial to both the taxpayer and the company to work collaboratively towards solutions, rather than having to deal with claims.

Network Rail’s dispute avoidance process, carried out by a third party, entails a review of the contract, the workability of the programme and the commercial agreement, in addition to a “behaviours assessment”. A report is then generated to see how disputes can be settled.

CECA revealed during the session that the CAP had received more than 300 signatories, with Network Rail and Transport for London (TfL) both involved.

The CAP acts as a framework that contractors can use to ensure conflicts with employers do not escalate into disputes or claims. Those who sign up to the pledge commit to work proactively to avoid conflict and to facilitate the “early resolution of potential disputes”.

They also agree to recognise the importance of embedding “conflict avoidance mechanisms” into projects to prevent adversarial dispute resolution procedures.

The CAP was developed from a coalition of 11 organisations, including the Institution of Civil Engineers (ICE) and the Chartered Suit of Arbitrators (CIArb).

Dispute payments are big business in the construction industry, with firms often paying out tens of millions of pounds due to disagreements around contractual obligations. In February, Construction News reported that Costain had ended its contract dispute with National Grid with a payment of £43.4m.

A link to RICS’s conflict avoidance pledge can be found here.