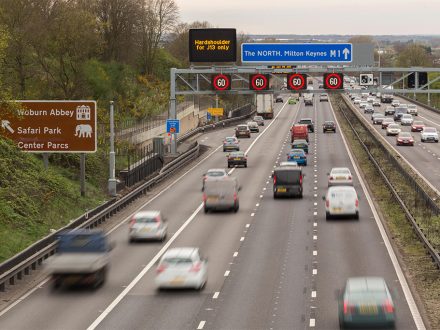 National Highways has demanded that its tier one contractors submit details of their anti-fraud policies as part of a crackdown on suspected malpractice on its contracts.

Malcolm Dare, executive director for commercial and procurement at National Highways, has given contractors two weeks to submit evidence of their own internal safeguards against fraud, revealing that the body will undertake spot checks on projects to ensure firms are keeping in line.

Dare pointed out in his letter to contractors that National Highways has identified “weaknesses” at the tier one level of the supply chain, with the body saying poor practices had been applied.

“In recent years we have noted an increase in the number of allegations of potential fraud or impropriety raised with us, focusing on a failure by our contractor (or its supply chain) to procure in line with National Highways’ contracts,” he said.

The list included: poor compliance, such as failing to secure up to three quotes for subcontracted works; ensuring professional standards; and changes to the scope of works after the tender had been awarded.

National Highways also found indications of potential bribery and contractors favouring certain suppliers, in addition to “potential for suppliers or individuals within suppliers colluding with labour suppliers when agreeing rates or supply”.

Also highlighted were weaknesses in the review of plant accruals and off-hiring of plant, and discrepancies between the direct fee percentage stated in draft contracts and the fee applied in applications for payment. This was alongside questions around the transparency of hospitality and costs for “ghost” employees at either the subcontractor or main contract level.

Dare added: “In light of recent high-profile cases, and to provide additional assurance to the National Highways’ CEO, executive and board, we are undertaking a review of the checks that are in place within our tier one community to minimise the threat of economic crime.”

“We will also be undertaking spot checks from time to time to evidence your continued compliance with your processes and procedures in this area,” Dare added.

In January, a National Highways investigation found that more than £300,000 of scrap metal had gone missing from a project to upgrade parts of the M1 to a smart motorway.

The scheme, which was a joint venture between Galliford Try and Costain, is alleged to have seen some workers accept cash payments from subcontractors.