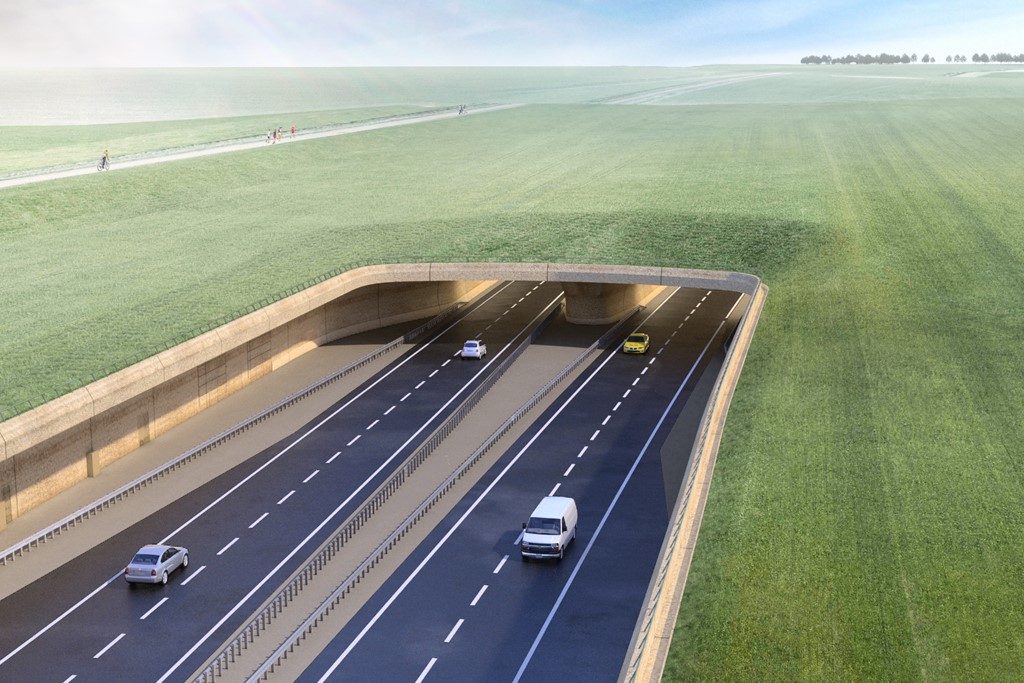 An international consortium has been named as the preferred bidder to build the controversial Stonehenge Tunnel scheme.

National Highways has selected a joint venture comprising Spain’s FCC Construcción, Italian firm WeBuild and BeMo Tunnelling from Austria to deliver the £1.25bn contract for the tunnel, along with the main construction work for the A303 Amesbury to Berwick Down scheme past Stonehenge.

The winning team, known as the MORE JV, beat two other shortlisted bids from MJV, made up of Bouygues Travaux Publics SAS and J Murphy & Sons, and HDJV, comprising Hochtief Infrastructure GmbH and Dragados SA.

MORE JV will be supported by a design consortium made up of Atkins, Jacobs and Spanish designer Sener.

The main works contract covers the construction of the proposed tunnel’s civil, structural, mechanical, electrical and technology components – including the tunnel-boring machine, along with the approach roadworks and structures, and the environmental components of the five-year construction phase.

The contract is subject to final sign-off on the £1.7bn scheme by transport secretary Grant Shapps.

Shapps is currently in the process of “redetermining” his decision on National Highways’ planning application for the Stonehenge Tunnel, after a High Court judge ruled his original decision to approve the scheme was “unlawful”.

As part of the process, Shapps released a statement of matters in December 2021, which sets out the aspects of the planning application that he will be re-examining. A big part of redetermining the application involves looking at the environmental and carbon impact of the proposed scheme in relation to government commitments and legislation. Shapps will also have to prove that he has considered an alternative scheme for a longer tunnel.

National Highways project director for the A303 Stonehenge scheme Derek Parody said: “The announcement of a preferred bidder in no way pre-empts any decision [from Shapps], and once that is finalised, and should the Development Consent Order be granted, having a contractor in place will put us in the strongest possible position to deliver this transformational scheme and deliver the benefits we know it can.”

He added: “The scheme will not only unlock congestion along this vital A303 route, but also conserve and enhance the Outstanding Universal Value of the World Heritage Site, and the joint venture will bring world-class expertise to the construction of the tunnel and the roads.”

A MORE JV spokesperson added: “For the companies that are part of the MORE JV – WeBuild, FCC Construcción and BeMo Tunnelling – this project is a clear example of the development of sustainable, innovative infrastructures that not only provide traffic solutions but also improve people’s quality of life.

“It is also an opportunity to demonstrate the experience and international technical capacity of the companies of the MORE joint venture.”

The preliminary work will provide initial opportunities for local, regional and national companies within the first six months of construction starting.

The proposed upgrade of the A303 between Amesbury and Berwick Down includes: