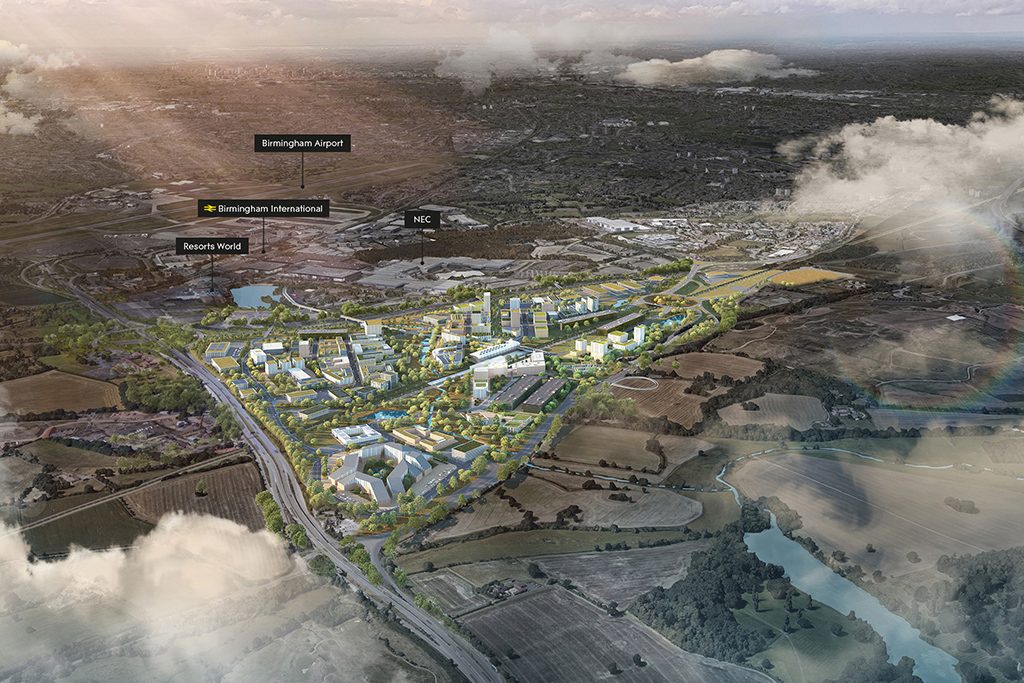 Muse has been selected as the development partner for a £3.2bn regeneration programme in the Midlands.

The company, the regeneration arm of Morgan Sindall Group, will lead the development of the 140-hectare Arden Cross site next to the HS2 Interchange station in Solihull, south of Birmingham.

The plans drawn up by the Arden Cross consortium will see the creation of 3,000 homes in the area, as well as up to 6 million square feet of employment space and up to 27,000 new jobs.

The development, located alongside the NEC campus, Birmingham Airport and Birmingham International railway station, aims to take advantage of the site’s connectivity to create an economic hub for the Midlands.

The first phase of the scheme, for which a masterplan was unveiled two years ago, could begin as early as 2025.

“Arden Cross is focused on delivering sustainable growth for the region and the whole of the UK, and we know Muse will help us achieve this,” he said.

Maggie Grogan, development director for Muse, said it was a unique opportunity to bring forward a destination that would become a beacon for growth in the Midlands.

“As a business, we’re committed to delivering sustainable regeneration at pace, while at the same time bringing real, tangible benefits to communities, and we can’t wait to get started,” she said.

Ian Ward, leader of Birmingham City Council, which owns the land at Arden Cross, said the company’s track record showed it could help bring the masterplan forward quickly and effectively.

“Muse is a highly respected partner in large-scale urban regeneration up and down the country, and their experience will be put to good use here in the Midlands,” he said.