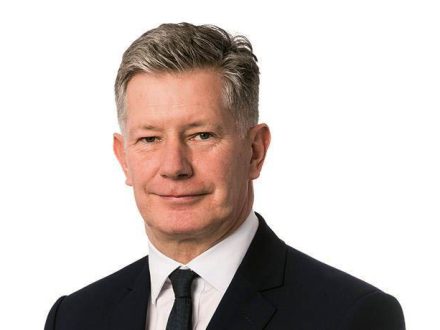 Creswell will succeed Alastair Kerr, who is stepping down at the end of the year after a decade in the role. Creswell is currently a non-executive director at Capita, and he has previously held board positions at ITV, Arqiva and Bibby Line Group.

Cresswell said: “I feel extremely privileged to take on this role at such a transformative time for Murphy, and the construction and engineering industry.

“Murphy is values-led, has a reputation for quality delivery and a strong balance sheet. The group has a clear, longer-term ambition to be the leading family-owned construction business and [has] a solid strategy to get there. I am excited to be able to play a part in that journey.”

Commenting on the appointment, Murphy chief executive John Murphy said: “John has more than 30 years’ experience [of] leading and developing organisations across a broad range of industry sectors, making him an ideal person for this role.

“There is strong cultural alignment between John and the Murphy family, and I look forward to working closely with him to continue the standard set by Alastair Kerr.”

He added: “I would like to thank Alastair for his leadership of the Murphy board over the last 10 years and for the impact he has made on our business.

“Alastair has been instrumental in implementing Murphy’s good governance practices, building a professional family board, and in demonstrating the importance of culture to the long-term success of businesses like Murphy. I wish Alastair every success in the future.”

Kerr said: “It has been both a privilege and a pleasure to help support the Murphy business over the last 10 years, and in particular to see it develop so strongly over recent years under the leadership of our founder’s grandson, John Murphy, and his team.

“I wish everyone involved in it every success for the future. I am confident that the business will be wisely guided by John Cresswell for many years to come.”

Alastair will stand down from the board on 22 December.

It is the second year that the firm’s revenue has grown, building on last year’s increase of more than a quarter. Murphy previously suffered a £26.7m loss in 2018, due to problem contracts.