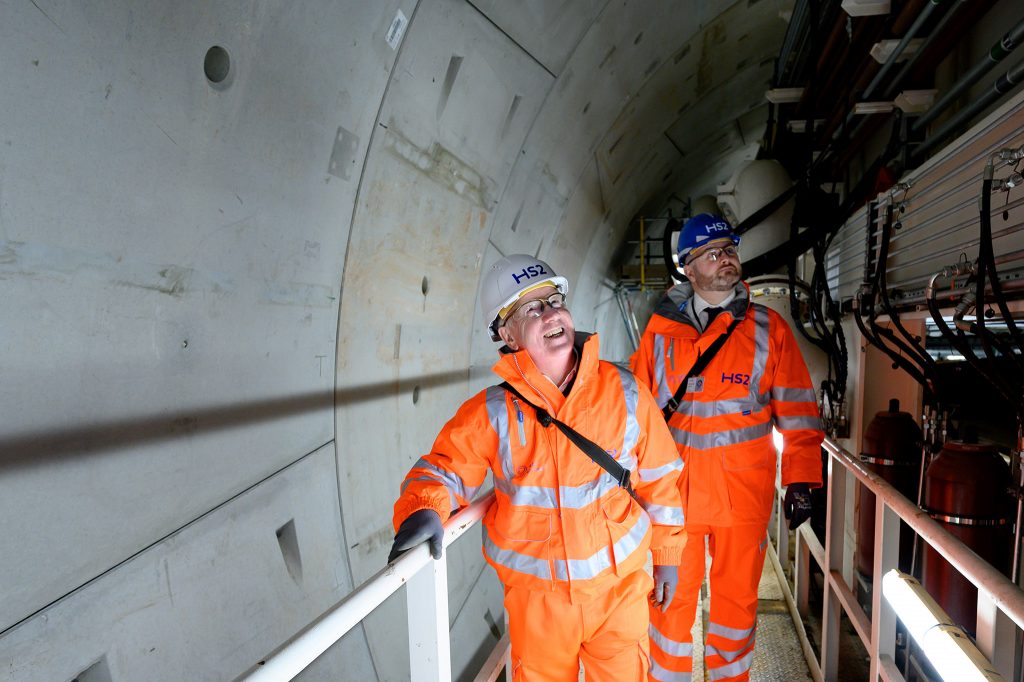 Soaring inflation could put pressure on HS2’s budget for Phase One, with the project watching costs carefully, a parliamentary committee has been told.

Appearing before MPs on parliament’s public accounts committee (PAC), HS2 chief executive Mark Thurston looked to allay fears that the project could break its contingency budget due to soaring price inflation, which has been compounded by the war in Ukraine and hikes in energy prices.

The committee was told the project is currently within budget and that it had seen material price inflation, but not labour cost inflation so far. However, the costs for Euston station are yet to be settled and it might take another year before an accurate estimate for the London terminus is determined.

Thurston said HS2 was working with the Treasury to “get a handle” on any inflationary pressure that might have an impact on the project, and stated that it was currently paying up to £800 per tonne for materials such as steel.

He added: “We’re now paying somewhere around £800 a tonne for steel, which is about £350 more than it was only a few months ago. So you’re seeing sort of 30 to 40 per cent swings in the cost of raw material.”

Conservative MP for the Cotswolds Sir Geoffrey Clifton-Brown probed the HS2 chief further on the impact that inflation might have on the project and his fears that the contingency set aside for Phase One might no longer be sufficient, stating: “I calculate that you’ve used up, or would have used up, £3.6bn of your £5.6bn contingency. Are we really saying that, actually, at this moment, the £5.6bn looks sufficient to build this railway?”

Thurston replied: “No, we’re saying that there’s significant pressure under that contingency, based on what we’ve seen to date […] All our forecasts, eight years out before we complete, based on the target date, is that there is sufficient funding, based on 2019 prices.”

Clifton-Brown asked Thurston whether the current cost estimates for the funding commitment were accurate, commenting that the project had committed approximately £30.4bn so far for Phase One.

Quoting from HS2’s six-monthly report to parliament, he said: “The report says that £14.9bn has been spent, £12.7bn has been contracted, and [there is] £2.8bn for land and property provisions […] How far is the taxpayer protected by what has actually been spent?”

Thurston declined to give an up-to-date cost figure for the project, but noted that HS2 runs an internal cost estimate on a monthly basis and updates parliament on a quarterly basis. He said the scheme is within its £44.6bn Phase One budget envelope, adding: “Our forecast is at the moment that we will deliver the project within that estimate.”

Clifton-Brown asked, “Including Euston?” and Thurston responded: “Euston, we’ve yet to agree […]. We’ve yet to work and get to a point of cost certainty for Euston, but our assumed cost forecast for Euston is within that number.”

Clive Maxwell, director general, high speed rail group at the Department for Transport, told MPs that the current estimates for Euston are at 30 per cent maturity, but the work done so far had provided a foundation to “get on with the job” of finalising the station design.

He said: “We talk through some of the next steps that need to be taken to take that design forward from about 30 per cent maturity to about 60 per cent by early next year, which is actually the opportunity also to drive costs down.”

The delivery of Euston station and the approaching tunnels has long been considered a problem point for HS2. The delivery of the station was decoupled from Phase One of the railway after recommendations made in the Oakervee Review. It means the line will initially terminate at Old Oak Common when it opens.

Refreshed designs for the Euston station were unveiled in March. Mace and Dragados (MDJV) is delivering the station, with a consortium made up of Arup, WSP and Grimshaw Architects charged with designing it.