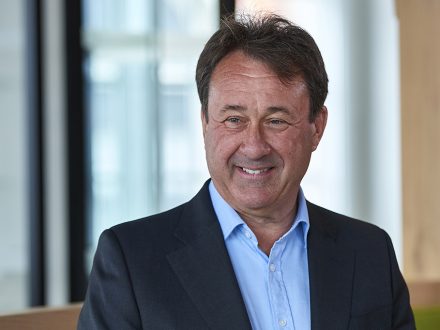 The company’s half-year results, released yesterday, showed its net-cash figure at the end of June was down by £63m, the first time in several years that it had fallen.

Chief executive John Morgan told Construction News that the change was due to fulfilling on its previously announced strategy of investing in its partnership housing business, where it delivers homes alongside local authorities and housing associations.

Morgan stressed the strength of the firm’s cash pile: “The cash that matters is how much cash you’ve got in the bank at your worst day. We had over £200m on the very worst day [in the first half of the year] and that’s a lot of money.

“We have our undrawn overdraft facility as well, but we are looking to grow our partnership housing business and our urban regeneration business, so we will be using cash and we have used cash to expand those.”

Its urban-regeneration business sees it act as a developer on mixed-use schemes.

He added: “We’re also making [a] profit, so the cash gets topped up by the retained profit all the time. What we’re committed to is having substantial cash in the bank every day and, as you can imagine, it is a lot of cash.”

Group-wide results showed a 9 per cent growth in revenue to a record £1.7bn, alongside a 2 per cent rise in pre-tax profit to a record £53.7m. Operating profit was up 4 per cent.

Asked whether profit rising at a slower rate than turnover was a reflection of current issues in the market, Morgan dismissed the notion, saying: “I wouldn’t read too much into that. It’s only the first six months, and it’s a record profit and record turnover, although the margin may be down slightly.

“Things go up and down a few fractions of a per cent all the time for no real reason. The market is strong, but if it wasn’t for inflation we’d make more money.”

Morgan said the results should be viewed as part of a series and not on their own, and they reflected having “a very simple, strong strategy over the last eight, nine years of organic growth, staying in the markets we’re in, and just making our business better and better.”