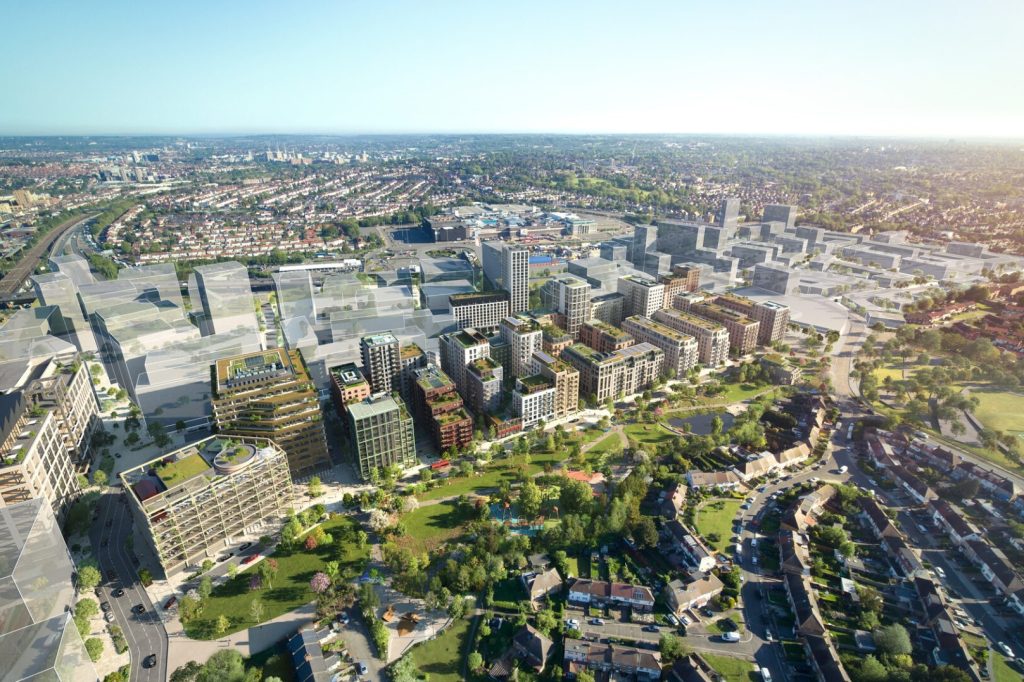 Midgard has won a key role on the £8bn Brent Cross Town mega-development.

The Hertfordshire-based contractor, part of the JRL group, has been appointed for the first chunk of the sprawling north-west London scheme.

Developer Related Argent – a partnership between the US real estate giant Related and UK developer Argent – has teamed up with fund manager Invesco Real Estate for the £600m initial phase of Brent Cross Town.

This will include 800 homes for sale and rent as well as retail and dining space. Work is expected to start on site this month and complete by 2025.

Covering a 72ha area, Brent Cross Town is set to feature 6,700 homes and 275,000 square metres of office space as well as shops, schools and student digs.

Meanwhile more than £400m of government funding has been promised towards creation of a new rail station to be called Brent Cross West.

Homes in the first phase of the scheme have been designed by architects Squire and Partners, Maccreanor Lavington, and Allies and Morrison.

John German, managing director for residential investments at Invesco Real Estate, said: “Our commitment to the UK multi-family sector, as well as our wider investment into European residential, remains strong. This milestone transaction means we have now invested circa £1.7bn into the UK market since 2014.”

Brent Cross Town has a target of becoming net zero by 2030. It features energy-efficient designs, and Swedish power company Vattenfall has been contracted to build a district-wide heat network.