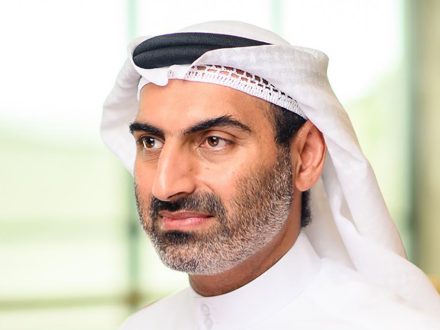 With UK summer temperatures reaching an all-time high, the pressure is on to find better solutions for keeping our buildings cool. Much can be learned from looking at how companies with warmer climates cope with everyday temperatures reaching these heights, as well as looking to new innovations and technology to futureproof the built environment.

A major challenge is how to keep buildings cooler without increasing energy usage and worsening the climate crisis. This is the conundrum that has led to much of the focus being around using the least energy possible from the cleanest sources at the right time. However, it is clear that behavioural change to reduce energy use and an increase in clean-energy sources are nowhere near enough. According to the Climate Change Committee, the government’s independent advisory body, other priorities should include carbon capture and storage, and material substitution.

Research from Straits Research has found that the global ‘alternative building material’ market is projected to reach $345bn (£282bn) by 2030, up from $205bn in 2021. These materials are classed as eco-friendly materials that provide excellent cold and heat insulation. Those under close investigation include natural materials such as stone, bamboo, cork and adobe brick, as well as recycled materials such as upcycled plastic, concrete, newspaper wood and glass.

“With scientists predicting more days of sweltering summer temperatures in the years to come, it is time to boost new technologies and materials’

Some brilliant examples are emerging, such as an experimental cooling system with aluminium-backed panels that stay colder than their surroundings, even under the blazing hot sun, without consuming energy. Designed by Stanford University, the panels attach to a rooftop and help maintain lower temperatures within the building. Since then, they and other researchers have made a host of materials, including films, spray paints and treated wood, that stay cool in the heat.

Others are taking a more holistic approach; for example, the New York State Energy Research and Development Authority is embracing whole-building retrofits, which is akin to “putting a jacket” on buildings. The concept uses prefabricated insulated facades created by a Dutch non-profit called Energiesprong, alongside solar panels and electric heat pumps.

Materials that change according to temperature

The Middle East, with its warmer climes, has become particularly adept at finding sustainable ways to make buildings cooler. Innovators are experimenting with ‘phase change materials’, which involves materials that move from one physical state to another, following the principle that when substances melt or evaporate they absorb heat, while when they condense or solidify they release heat. For example, a plasterboard contains Micronal, a material of microscopic wax particles enclosed in a polymer shell; rising temperatures melt the wax, which draws in heat and cools the air. As temperatures cool, the wax solidifies and releases this heat.

For buildings that will still require some degree of mechanically supported cooling, it is possible to tweak the building’s management system and components to achieve incremental emission reductions, while keeping inhabitants at a comfortable temperature. Core to this is optimising the efficiency of a building’s heating, ventilation and air conditioning system. It is estimated that this process could reduce energy, emissions and costs anywhere from 10 per cent to 40 per cent. The principles of alternative building materials can also be applied here. For example, Khansaheb Industries is manufacturing Spiralite – energy-efficient ductwork that is less carbon-intensive to manufacture than traditional steel ductwork, which is insulated and offers optimal thermal performance.

With scientists predicting more days of sweltering summer temperatures in the years to come, it is time to boost the number of buildings benefitting from these new technologies and materials. Providing extra incentives are the rising costs of energy and steel, which has quadrupled, as well as the products used in the galvanising process, such as zinc and nickel. Many of the products mentioned in this article are drawing from ancient traditions and natural resources or, where possible, finding new uses for obsolete materials, enforcing the idea of a circular economy.

Climate change has often felt like something in the distance – a threat, but a distant one. However, the rising temperatures that are now being felt acutely should be a catalyst for the urgent transformation of the built environment.