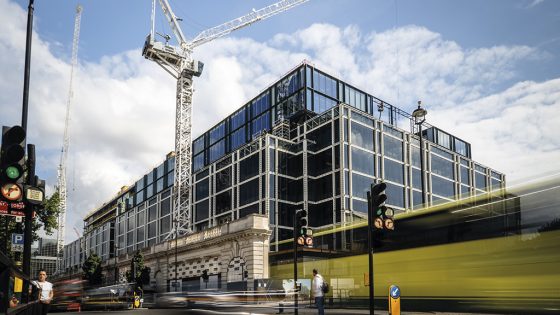 Financial results published today showed a slight improvement from the previous year when the firm reported a pre-tax loss of £14.5m.

Speaking to Construction News, McLaren managing director Paul Heather said that profitability had been hit by productivity losses from COVID-19, the collapse of a subcontractor, continued investment in business systems, and expansion into new markets.

He said: “During the year a number of projects experienced site productivity challenges, a slow start to a delayed project due to COVID-19, along with labour and material fulfilment delays as a consequence of lockdown.”

Heather said that the reduction in productivity from the pandemic had reduced turnover by an estimated £60m.

In addition, he said that the firm had continued investing in business systems, including a new commercial reporting module and HR systems.

Including spending on digital tools for use on site, total IT investment reached £2m during the year, Heather added.

He said: “Our investments in both resource and business systems to deliver our net zero objectives required live projects to cover the cost of moving away from fossil fuels to deliver scopes 1 and 2, and enhance quality control and digital process in response to the then Building Safety Bill.”

The firm also reported a rise in cash and cash equivalents from £38.9m last year to £43.9m during the year.

Heather said that this figure would have been higher but for the fact that it had decided, in a limited number of cases, not to pass unfavourable payment terms from its clients onto the supply chain.

The firm also made provisions of £4.5m in the accounts.

The first reason cited was the collapse of concrete frame subcontractor O’Keefe in July 2022.

McLaren said that it had made provisions for the delays and additional costs in completing a project at Edward Street, Brighton, on which O’Keefe was employed.

Heather said: “The losses incurred to O’Keefe have not yet been fully reconciled and discussions with insolvency practitioners are ongoing.

“The costs of procuring a series of new subcontractors and new market rates, combined with out-of-sequence works, have been significant, but not the dominant effect on profitability for the year.”

In addition, McLaren has also made significant provisions for the remediation of cladding on historical contracts.

Looking to the future, the contractor said that it expects to return to profit and to report a turnover of £726.2m when it next year publishes results for the financial year to 31 July 2022.

It added that it is forecasting turnover in excess of £850m into 2023, 80 per cent of which it said is already secured by contract.