Matters of payment – what is smash and grab? 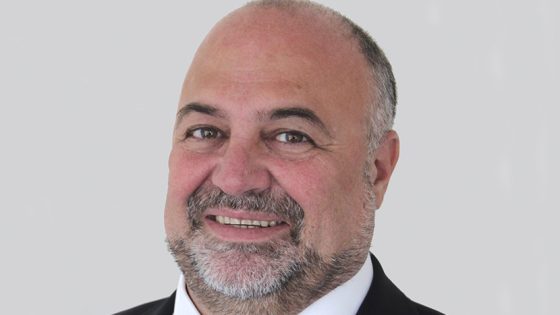 “It’s smash and grab!” says the defending lawyer of the big-paying corporation, as if some heinous criminal act has taken place in the payment process and the payer has been somehow hoodwinked into a legally-binding obligation to pay a sum that is not the true value.

Mr Adjudicator, can you be reasonable and dismiss the smash and grab claim, and pay the true value? “No,” is the answer.

The first thing to say is there is no such thing as smash and grab. It is payment due in default. In other words, ‘what you ask for is what you get’ if the payer breaches the contract by ignoring the payment application or failing to act timely or correctly in the strict payment process imposed on them by the contract or statute.

“Parties still get confused about their payment rights and many are unaware that they have a default payment position until we evaluate their case. The construction law is on the side of the payee”

The updated Construction Act (LDEDC Act 2009), which came into force on 1 October 2011, made it mandatory for the parties to a construction contract to manage the payment process properly and establish a notified sum in each payment period, during and at the end of the works.

If the contract requires an application for payment, then that application becomes the notified sum due, if the payer fails to deal with it and fails to state what is to be paid, either in a payment notice or pay less notice, which have become familiar terms.

After all this time, parties still get confused about their payment rights and many are unaware that they have a default payment position until we evaluate their case. The construction law is on the side of the payee.

Controversy arises when party A makes a payment application for £1.2m, when it is worth a true value of £300,000. Party B falls foul of the process and an adjudicator makes a decision that £1.2m is due in default, as claimed by party A. So, if it is known that the true value is really £300,000, can party B avoid payment by an escape in a second set of proceedings to establish the true value of £300,000, and not pay the £1.2m ordered against them?

The answer to that is no. There is no escape; hence the term ‘smash and grab’ gets used. Remember, smash and grab can only exist if there is a breach of contract.

The law is that party B must pay party A the full £1.2m before party B can start a true value adjudication.

So, this is what happens. The required payment application automatically becomes the notified sum in the absence of a valid payment or pay less notice, and the sum must be paid before attempting a true value adjudication. The rule is set out in S&T (UK) Ltd v Grove Developments Ltd [2018] EWCA Civ 2448; [2019] Bus LR 1847.

All straightforward, you might think. However, the parties get all manner of things wrong when making the notices they think they have served void.

Notices that tried to challenge

A recent case with good examples on notices that tried to challenge the principle in S&T v Grove and failed is AM Construction Ltd v The Darul Amaan Trust [2022] EWHC 1478 (TCC). The precedent in S&T v Grove was further ratified, but it also illustrates common errors by parties regarding what constitutes a valid payment notice (payment notice becoming the notified sum, meaning a payment application, payment notice or pay less notice).

Examples of payment notices failing to qualify as the notified sum are as follows:

Importantly, AMC v DAT reinforces the principle that the payer must pay the notified sum in default, where a payment or pay less notice has not been served before it can dispute the account in a true value adjudication, which cannot begin if payment is outstanding.

Any kind of case for smash and grab getting the payer off the hook is now totally remote. It is, after all, breach of contract and payment due in default as a result – not theft.

The case also dealt with the validity of the notice of adjudication. That is another topic, but it illustrates the importance of ensuring contract notices of all kinds must be drafted and served correctly – substance, form, intent, free from ambiguity and compliant with the contract.

If you need to review your contract procedures, the Arbicon team can help.