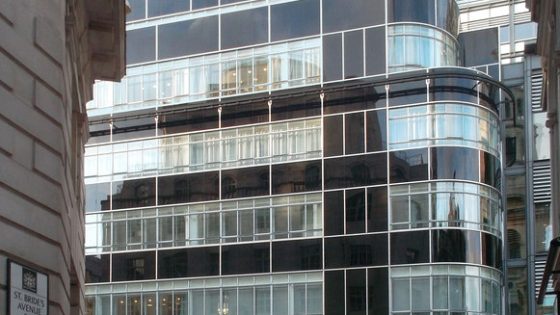 Mace and Lendlease are vying for a £429m contract to redevelop the former headquarters of the Daily Express on London’s Fleet Street.

Developer Chinese Estates Holdings is investing £429m in the scheme, which covers both the iconic media site (pictured) and the former headquarters of Goldman Sachs at River Court.

The former HQ of the Daily Express will be redeveloped into an arts and cultural hub, which will host exhibitions, performances, seminars and workshops.

River Court, which has been empty since Goldman Sachs left the site in 2019, will be demolished and rebuilt as a 21-storey site, including more than 540,000 square feet of office space and 18,000 square feet of retail space. The two sites make up 120 Fleet Street.

Mace and Lendlease are the two contractors in the running for the bumper contract, according to construction intelligence provider Glenigan.

Demolition work at River Court started earlier this month and is set for completion in the second quarter of 2023. River Court, which will be renamed Evergo Tower, will open in the first half of 2026, according to the developer.

Chinese Estates Holdings chief executive Chan Hoi Wan said: “Taking advantage of this opportunity to redevelop and revitalise 120 Fleet Street, we hope our novel attempt of integrating art into a commercial project could be mutually beneficial and allow all stakeholders to flourish.”

The developer owns three further sites in London – on Oxford Street and St James Square, and at St George Street in Mayfair.

Mace has said it will not comment on its reported interest in the London project. Construction News has approached Lendlease for comment.