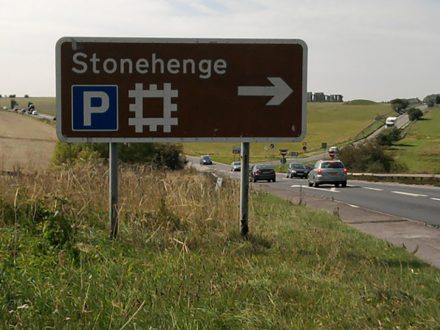 Mace has won a major role on two of National Highways’ biggest schemes.

Following Mace’s appointment to the £420m National Highways framework for commercial and project management services in 2021, the company has been appointed as the Complex Infrastructure Programme (CIP) commercial partner on the delivery of both the A428 Black Cat to Caxton Gibbet improvements, and the A303 Stonehenge between Amesbury and Berwick Down dualling scheme.

Mace’s work will involve delivering commercial services including cost consultancy and quantity surveying, as well as acting as a liaison between National Highways and its main contractors.

The proposed upgrade of the A303 between Amesbury and Berwick Down includes:

Last month, National Highways selected a joint venture comprising Spain’s FCC Construcción, Italian firm WeBuild and BeMo Tunnelling from Austria to deliver the £1.25bn contract for the tunnel, along with the main construction work for the A303 Amesbury to Berwick Down scheme past Stonehenge.

The contract is subject to final sign-off on the £1.7bn scheme by transport secretary Grant Shapps.

Shapps is currently in the process of “re-determining” his decision on National Highways’ planning application for the Stonehenge Tunnel, after a High Court judge ruled his original decision to approve the scheme was “unlawful”.

Meanwhile, work on the A428 Black Cat to Caxton Gibbet improvements will see the construction of a new 10-mile dual carriageway and further junction improvements.

The road is an important link between the communities of Bedford, St Neots, Cambridge and Cambourne, and is currently used by around 25,300 vehicles every day, with numbers expected to grow in the coming decades.

Upon approval the project will cut journey times and reduce congestion on local roads between Milton Keynes and Cambridge, bolstering long-term growth in the region.

Mace Consult chief executive Jason Millett said: “This is a strategic win for Mace Consult and acknowledges the delivery expertise of our team.

“Acting as agile partners for National Highways, our key aim is to create better outcomes for our clients and the range of stakeholders on these significant projects.

“I’m confident that our hands-on approach to both these major infrastructure projects will help improve connectivity in these areas and make a tangible difference to these communities and their funders.”