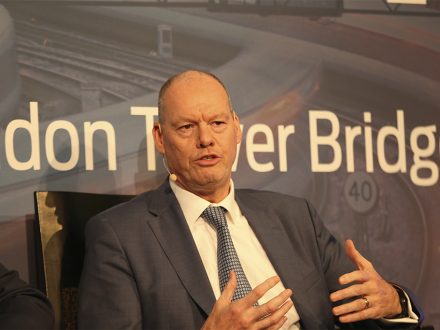 Such a strategy – a centrally driven push to decarbonise existing buildings – would boost the repair, maintenance and improvement side of the construction industry and help the country adopt a greener economy, Reynolds said.

“One of the biggest ways we can make an impact in our sector is by reducing carbon,” he told BBC Radio 4’s Today programme this morning.

“The built environment contributes over 40 per cent of the carbon emissions across the world,” he added. “If we make a difference there and be more cost-effective, it’s going to have a huge impact on society in the long term.”

The UK government has committed to reaching net zero by 2050. The CLC has called for a national retrofit strategy since early 2021.

Reynolds, who became CLC co-chair in June, also called for a commitment to further investment in infrastructure to support the industry.

“In order to run our business we need sustainable workloads,” he said. “If we cannot predict those we end up having to make decisions.”

Investment is particularly needed into renewable energy, including nuclear power. But he also called for funds to be directed to new schools, roads, rail and hospitals.

Reynolds’ comments are the latest in a series of pleas to the government to support green infrastructure. Earlier this week Gillian Charlesworth, chief executive of the Building Research Establishment, called on the two Conservative leadership candidates, Rishi Sunak and Liz Truss, to “publish credible and effective plans” to decarbonise homes and buildings via a fully funded national retrofit strategy.

The Chartered Institute of Building this week called for the introduction of a demolition levy in Scotland to make retrofit of existing buildings more cost-effective than demolition.

Currently there is a 20 per cent VAT charge on most repair and maintenance in the UK, meaning demolishing a building can be cheaper than a retrofit job.

“Considering the unequal playing field created by today’s VAT structure, we urge the Scottish government to consider the value a demolition levy could bring to the sustainability of our built environment, the economy, and Scotland’s construction sector writ large,” the CIOB’s Scottish branch said in a paper on the subject.

“A demolition levy could go a long way to addressing sustainability challenges and focusing on retrofit rather than demolition.”

As tax is not devolved, the Scottish government is unable to change the VAT laws but this could push more companies towards retrofit, the institute paper said.

At the Construction News Summit in December, Reynolds called for the abolition of VAT on refurbishment to reduce incentives to demolish buildings.