Mace CEO: Battersea Power Station ‘one of most complex’ jobs ever 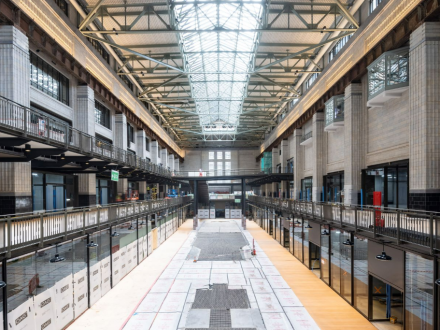 Mace chief executive Gareth Lewis has ranked the redevelopment of Battersea Power Station as one of the toughest jobs ever taken on by the tier one firm.

Following news that the project has reached “practical completion” and will open to the public this autumn, Lewis said restoring the iconic West London building was “one of the most complex” faced by the contractor.

He said that he was proud of workers’ efforts and what had been achieved on phase 2 of the redevelopment of the wider site.

Lewis said: “We are extremely proud of the exceptional work the Mace team, our specialist trade contractors, our fantastic client Battersea Power Station, architects WilkinsonEyre and the wider project team have delivered on the restoration of one of the UK’s architectural icons.

“This has been one of the most complex construction projects ever delivered in the UK, and we’re looking forward to seeing a building that was left derelict for nearly 40 years come alive and be a hive of activity for all to enjoy.”

Mace was appointed as construction manager of phase 2 in 2017, leading on from early preparatory works that it carried out at the former power station in 2013, which had comprised engineering and reconstruction work.

One of the major elements was the reconstruction of the iconic white chimneys that were deemed unsafe after extensive surveys. This saw the group adopt “original” building methods, while 25,000 wheelbarrows of concrete were poured by hand into shuttered layers, which were left to set one by one.

Approximately 1.75m handmade bricks were ordered from the two original British brickmakers that supplied the bricks to build Battersea Power Station, so that they matched those laid previously.

The Grade II-listed power station is scheduled to open to the public this autumn. It will house more than 100 shops, restaurants and cafes. The site will also offer new office space and 254 residential apartments. It has taken eight years to restore the power station, originally designed by Sir Giles Gilbert Scott.

He said: “This is the culmination of nearly eight years of painstaking restoration work, transforming this former derelict building into a world-class destination to be enjoyed for generations.

“We are now working with the retail and leisure brands as they fit out their spaces ahead of the opening of this wonderful building to the public for the first time in [the] autumn.

“We thank the entire team of highly skilled experts and visionaries, who have been integral and committed in helping [to] turn the shareholders’ vision into a reality,” Murphy added.

Malaysian sovereign wealth fund Permodalan Nasional Berhad (PNB) bought the building for £1.6bn in 2018. It was the largest-ever property deal conducted in the UK at the time. The group is in charge of the wider Battersea Power Station development.