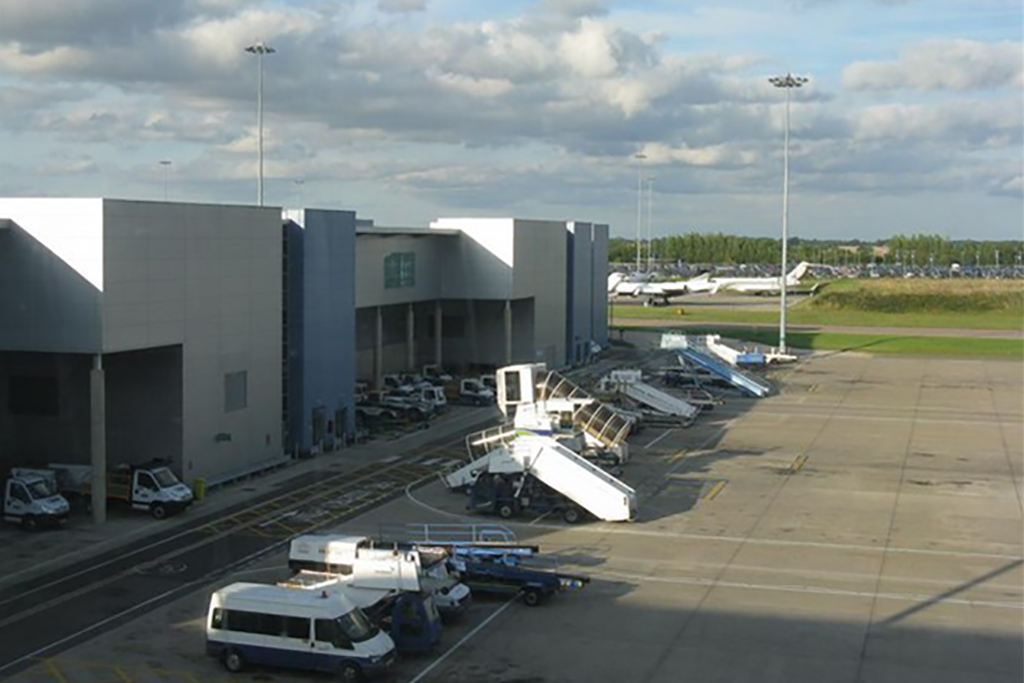 Plans to build a second terminal at Luton Airport have been delayed again, Construction News has learned.

Earlier this year, Luton Rising – a Luton Council subsidiary that owns the airport – consulted on revised expansion proposals that would eventually nearly double the airport’s annual passenger capacity from 18 million to 32 million.

The consultation ended in April. An application to government for a development consent order (DCO) was due to follow this year, but this has now been pushed back to 2023, the chief executive of Luton Rising has said.

The new plans consist of two phases, with the first expanding the existing terminal to 21.5 million passengers per year and the second building a new terminal. This second phase is itself split into two parts, with the new terminal boosting capacity to 27 million per year and further expansion later increasing it to 32 million.

Construction would not begin until at least 2025. Consultation documents say delivering the project would take up to 20 years, “during which there will be periods of construction activity and others with no activity”.

A previous statutory consultation was held in 2019. Since then, the airport’s finances have been hit badly by the COVID-19 pandemic, forcing it to borrow more than £100m from the council.

New consultation documents say that the airport reviewed its earlier plans “to take into account the impacts of COVID-19 and other factors such as Brexit and the ongoing effects of climate change”, as well as responses to the previous consultation.

Separately, last year Luton Council approved plans to increase the airport’s capacity from 18 million to 19 million per year, submitted by the company that operates it, London Luton Airport Operations Limited (LLAOL). These plans are currently subject to a public inquiry after being called in by the communities secretary.

The inquiry into LLAOL’s plans was “entirely separate” to Luton Rising’s proposals and would not affect them, a Luton Rising spokesperson told CN.

Luton Rising CEO Graham Olver said: “We are continuing to evolve our scheme in response to feedback received during statutory consultation earlier this year, in particular our groundbreaking proposals to ensure the green controlled growth of our airport, which will support the unique social impact benefits and economic growth that will be delivered.

“We are also ensuring that our application responds appropriately to updated government guidance and better reflects the current economic situation.

“The project continues to demonstrate long-term projected construction-cost savings approaching £1bn against earlier estimates, and we will be submitting our application for development consent during 2023.”

The company has put an increased emphasis on sustainability in its latest plans. This includes the aforementioned approach called “green controlled growth” that will introduce legally binding limits for the airport’s impacts in terms of noise, carbon, air quality and surface access.

In recent years, airport expansion projects have become increasingly controversial amid growing concerns over climate change. Last year, Leeds Bradford Airport scrapped its £150m plan to build a new terminal after the government announced a public inquiry. But the airport is pushing ahead with a smaller-scale expansion.

In February, Bristol Airport was given the green light to expand its capacity from 10 million to 12 million per year, but the High Court will consider a statutory appeal from campaigners against the decision later this month.

Other projects are progressing despite local opposition. A runway extension at Southampton Airport is set to go ahead after an appeal by campaigners was recently quashed in court. And the Department for Transport has approved the £500m redevelopment of Manston Airport near Margate, overruling advice from the Planning Inspectorate.

The new Luton Rising consultation does not state a cost for its expansion plans. The previous plans were costed at £2.4bn, but last year the company’s chief executive told CN sister title Local Government Chronicle that revisions could save “the best part of £1bn” by reducing earthworks.

A DCO from the Planning Inspectorate is required for nationally significant infrastructure projects. The six-stage application process is officially allocated just over a year in duration. This includes three months for the transport secretary to make a decision, although some recent ministerial decisions have been delayed.