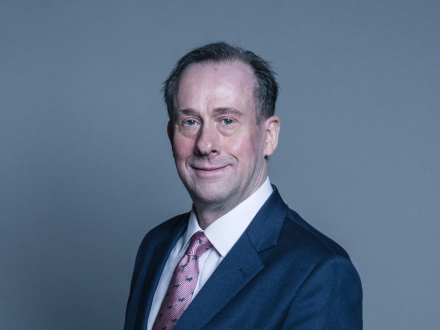 Lord Callanan has been named as the new construction minister.

The Conservative politician was appointed parliamentary undersecretary of state at the Department for Business, Energy and Industrial Strategy (BEIS) in February 2020.

But he has now been promoted to take over construction responsibilities after the exit of Lee Rowley last week.

Callanan (pictured) is one of number of appointments made by outgoing prime minister Boris Johnson in recent days after a string of Tory resignations, which caused him to surrender his premiership.

The appointment of Callanan was confirmed in a BEIS bulletin sent out to businesses yesterday (11 July), shared with Construction News.

Responding to the appointment, co-chair of the Construction Leadership Council (CLC) Mark Reynolds urged the new construction minister to bring “stability and clarity” to the sector.

He said: “Given the current economic uncertainty and the challenges we face around energy security, a fast-changing regulatory environment and the pressure on us to meet the UK’s ambitious net-zero targets, it has never been more important that we continue to have visible and vocal leadership from government.

“On that basis we welcome the appointment of Lord Callanan and the new BEIS ministerial team, and look forward to working closely with them – and with the new prime minister once they are appointed later this year.”

Reynolds, who was appointed CLC co-chair last month, also thanked Lee Rowley for his efforts as construction minister, a post he held for just nine months.

“Lord Callanan is well known to many in the building industry through his work on climate change and the need to retrofit existing homes,” he said.

“This experience will be invaluable as Lord Callanan takes up the construction portfolio and hopefully will provide a welcome boost to those builders working in the repair, maintenance, and improvement sector.”

He added: “Top of the list for master builders is the need to tackle the skills and material shortages that are plaguing small building companies. The FMB looks forward to working with the minister over the coming months.”

In the same week, Greg Clark was appointed housing minister after the sacking of Michael Gove.

A new prime minister will be announced on 5 September.