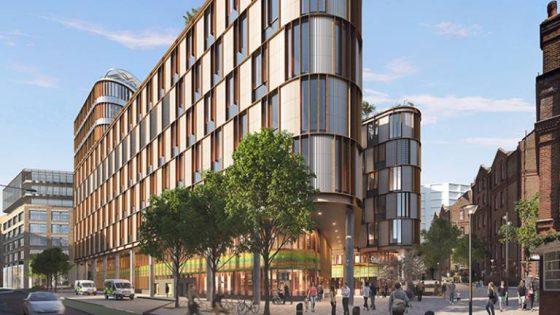 A budget cut planned for next year is likely to delay the government’s £3.7bn promise to build “40 new hospitals” by 2030, the Liberal Democrats have claimed.

Among other purposes, this money is used to fund building and maintenance costs, including the New Hospital Programme.

Based on the Office for Budget Responsibility’s ‘GDP deflator’, which accounts for expected inflation, the Lib Dems said the plans amounted to a £700m cut to the DHSC capital budget in real terms.

The party said that, as a result, it is “highly likely that new hospital buildings will be further delayed, despite some hospitals being ‘life expired’ and saddled with repair backlogs running into the tens of millions of pounds”.

Projects in the programme include a new integrated eye hospital in central London called Oriel – for which Bouygues was recently confirmed as the preferred contractor – as well as a facility to replace the current Royal Liverpool University Hospital, and a new cancer research hospital in Cambridge.

But in July, the NHS Providers chief executive Saffron Cordery said the New Hospital Programme was on “shaky ground” after a survey of NHS leaders found half of trusts in the programme were not confident that they had been allocated sufficient funding to deliver their project.

And it recently emerged that some of the projects in the scheme had not yet applied for planning permission.

In his Autumn Statement speech last week, chancellor Jeremy Hunt named the New Hospital Programme as a government project that “will be funded as promised”, alongside others, including the Sizewell C nuclear power station and the HS2 line to Manchester.

In response to a question in the House of Commons following the statement, Hunt also said that “we do commit today that we will protect the New Hospital Programme”.

Daisy Cooper, the Lib Dem spokesperson for health and social care, said: “This Conservative government has failed patients and NHS staff. They’ve been running health services into the ground for years. Now they look set to cut the funding needed right now for their key promise of 40 new hospitals by 2030. The British public deserve better.

“Our nation’s hospitals are in dire need of repair: there are too many horror stories of roofs leaking, crammed corridors and swelteringly hot intensive care wards.”