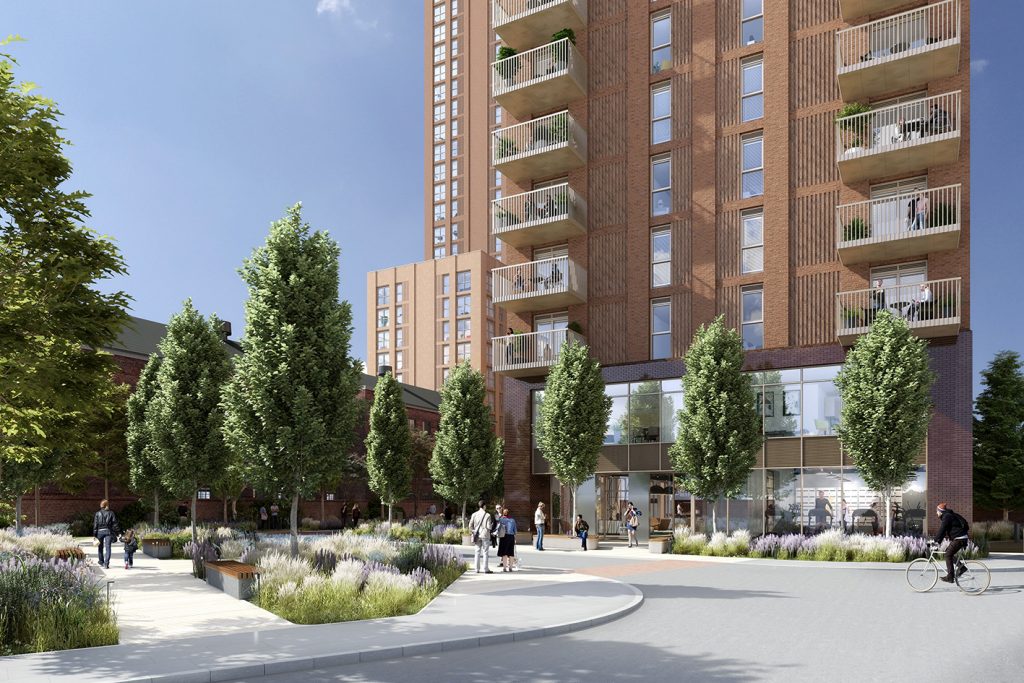 McLaren Living, the housebuilding arm of the McLaren Group, has received full planning permission for a £85m residential scheme in Yorkshire.

Leeds City Council gave the go-ahead for the project, which will be known as Beck Yard. It will involve construction of 375 build-to-rent apartments. Plans for the project were submitted in January.

A former car park in the South Bank Regeneration area in Leeds will be transformed into the mixed-use neighbourhood. It will also create space for 30,000 sq ft of outdoor amenities and 7,000 sq ft of indoor facilities such as lounges, shared workspaces, and a gym, with three roof gardens.

McLaren Living managing director Matthew Biddle said the city of Leeds was growing quickly, and demand for rentals was expected to shoot up.

“Leeds is one of the UK’s fastest growing cities, forecast to grow by 21 per cent over the next 10 years. It is rapidly becoming a headquarters location and the arrival of Channel 4, the planned move to the city by the BBC, along with major corporates, demonstrate a bright future,” he said.

He added: “Beck Yard is one of two schemes we’re committed to delivering in Leeds and we anticipate strong rental demand for our high-quality experience-led living.”

In a report by Turner & Townsend last month, Leeds was named as the city facing highest inflation levels in the construction sector.