Law to speed up homebuilding ‘could be counterproductive’ 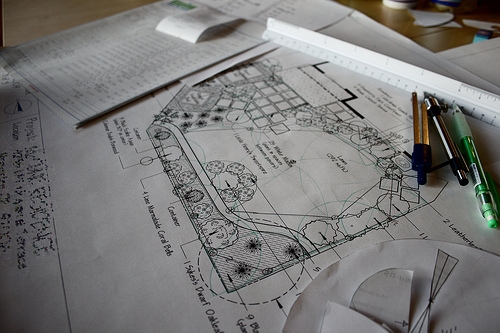 It is an amendment aimed at stopping developers from resorting to land banking, or, as the government sees it, slowly building out their schemes at a time when the country is facing an acute housing shortage.

Changes to the Levelling Up and Regeneration Bill – due to have its third reading in Parliament next week – have been designed to give local councils the power to withhold planning consent from developers that do not build out their sites quickly enough.

The aim of the government’s amendment may be clear: to force a higher rate of homebuilding. But what impact could it have in reality?

Land banking describes a situation whereby a developer buys and sits on land without developing it. The government can do nothing about this if the developer does not apply for planning consent. However, the amendment is aimed at tackling situations where planning has been granted but very little happens after that.

The issue for local authorities is that land banking does not help them meet their homebuilding ambitions. On a national level, the larger the number of plots are left unbuilt, the fewer the number of homes built. In a market that has more buyers than there are homes, this may keep house prices higher than they would be if full development consents were built out.

The big question is whether land banking happens in reality.

“Having invested in land and spent often hundreds of thousands of pounds securing planning permission, builders are always keen to get on site as soon as possible and get a return on this investment, but there are many influences over how quickly a site can be built out.”

British Property Federation director of policy Ian Fletcher agrees that there is no incentive for developers to hold onto sites. “Our members mainly deliver homes purpose-built for rent,” he said.

“There is therefore a huge financial incentive to deliver developments on time. If buildings are late, there is normally a good reason, which could be related to economic conditions, finance, labour shortages, supplies and the soon-to-be building-safety requirements.

“I think the amendment to the Levelling-up and Regeneration Bill means well, but could be counterproductive, in that developers will not want to apply for planning permission until they have all their ducks in a row.”

The HBF argues that the risk inherent with developing new schemes means that there is a mismatch between when permissions are granted and housing output on a yearly basis.

If developers do decide to submit fewer planning applications in future, then it could mean that the government has managed to solve one problem, but in turn created another.

The housing market is expected to drop by up to 10 per cent, as predicted by real estate consultancy Savills.

Usually this would precipitate a drop in the number of developments coming forward overall in 2023, as firms retrench during the fallow period.

The new measures in the Levelling Up and Regeneration Bill could force developers to build out during a downturn, but then see an even greater dearth of housing completions in subsequent years.

Site delays may also occur for a number of reasons beyond a developer’s control.

According to Victoria Du Croz, head of planning and partner at law firm Forsters, it is rare for developers not to proceed with schemes once planning is gained.

“Where delays to building out sites does occur, this can be for a whole range of reasons, including material and labour shortages,” she said.

“It is difficult to see how this amendment to the Levelling-up and Regeneration Bill will work in practice – how will an acceptable build-out rate be determined and monitored?

“It seems like another administrative burden that will be placed on local planning authorities.

“There have been various independent reviews into build-out rates of developers that have concluded developers are not banking land following the grant of planning permissions.

“The planning process is expensive and time-consuming; once permission is granted it is extremely rare for developers to not proceed to delivery.”