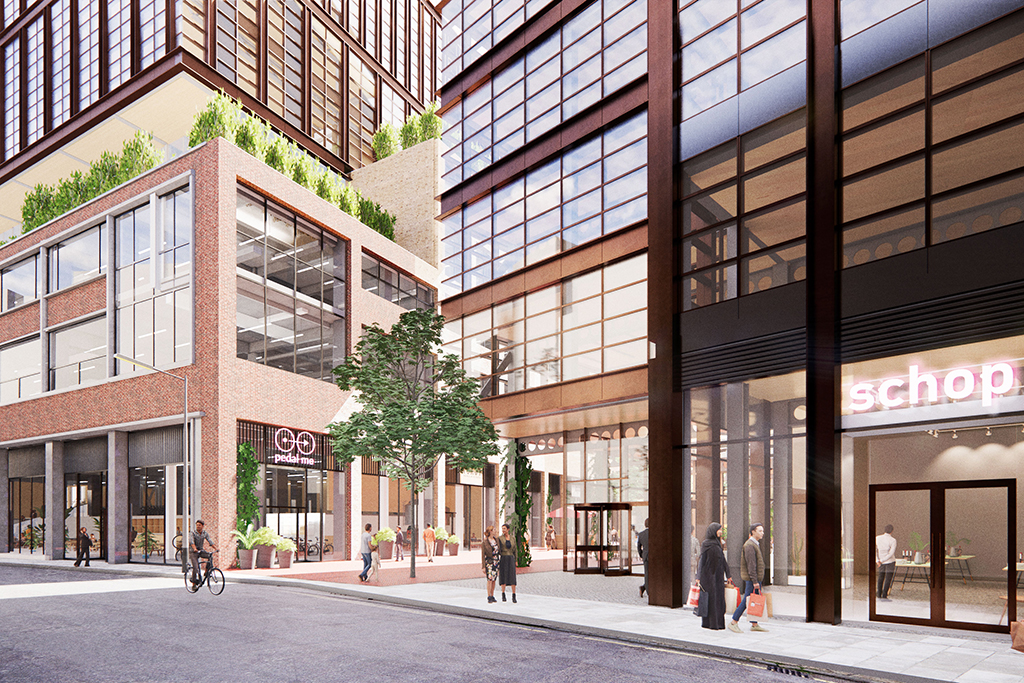 Landsec has delayed the delivery of its £195m Timber Square scheme in central London, it has revealed.

The developer posted half-year results for the period to 30 September 2022 yesterday, which revealed that it fell to a pre-tax loss of £192m, compared with a pre-tax profit of £275m the previous half-year, as rising borrowing costs hit the real estate market and its London property portfolio plummeted in value.

Laing O’Rourke was appointed as the preferred bidder for the £195m Timber Square scheme in Southwark, which will see the retrofitting of a former printworks, as well as the demolition of a building next door and the construction of a 15-storey office with retail and leisure space, in 2020.

Landsec said it would be slowing its investment in construction in the wake of challenging economic conditions, with only a “modest” initial commitment of £55m for its developments at Timber Square, as well as Portland House in Victoria, a refurbishment and two-storey extension, in order to maintain flexibility “while markets remain unsettled”.

It also warned that increased construction costs and the higher cost of development finance would lead to a “significant reduction” in new developments in the capital.

“During previous periods of economic uncertainty, new starts ended up circa 30-90 per cent below originally expected levels and we believe this could well repeat over the next 12 months,” it said.

Timber Square was originally set for completion in 2024. Landsec’s latest results state that the project, as well as Portland House, are now on a “timeline of potential delivery in late 2025”, although this remains “flexible”.

The firm’s overall financial performance was hit by a £323m, or 2.9 per cent, reduction in the value of its combined portfolio, which is now worth £10.9bn; it includes West End and City office space, as well as shopping centres such as Bluewater in Kent.

Within that portfolio, the total value of its central London properties dipped by 4.4 per cent.

In late 2020, the company said it had intended to sell about £4bn worth of London offices over a period of about six years. It has since sold £2bn worth, including £1bn over the past half-year.

Chief executive Mark Allan said the strategy had been underpinned by a desire to focus resources on where the company had competitive advantage and to preserve its strong balance sheet.

“The successful execution of our strategy therefore means we are not only well-placed for more challenging market conditions, but also have optionality to take advantage of new opportunities that will no doubt emerge as property markets continue to adjust to a new reality,” he said.