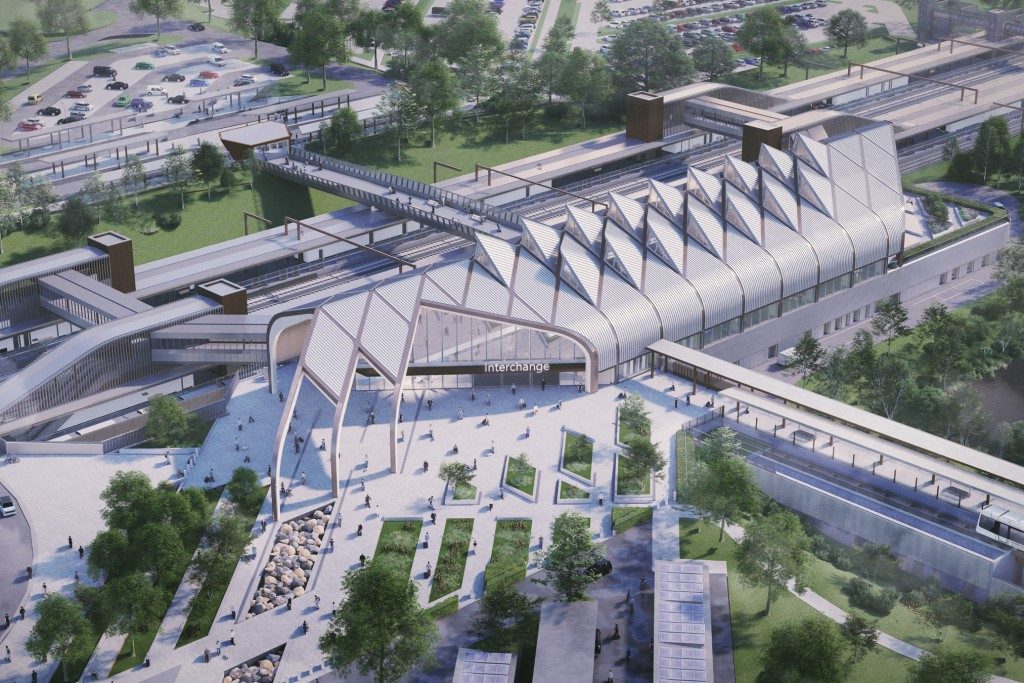 The contractor won the £370m contract ahead of Unity (a joint venture between Sir Robert McAlpine, VolkerFitzpatrick and WSP) and Skanska, who were named alongside Laing on the shortlist last year.

Work on the site will start next year. However, a target completion date will be set after the detailed design is finished.

Laing has already finished work for HS2 in the area, on a 65-metre long bridge which it installed across the M42 in 2020. The contractor completed the modular job, which was designed to facilitate easier access to the Interchange station, through a JV with Murphy.

Being built on a triangle of land between the M42, A45 and A452, HS2 claims that the station will be designed to BREAAM outstanding status. This would put it in the top 1 per cent of buildings in Britain for sustainability.

The site will include a specially designed roof, which will be able to reuse rainwater, while LED lighting and air source heat pumps will also be installed.

Balfour Beatty Vinci, the joint venture which was appointed to work on that section of HS2, has already been preparing the site for construction. Once finished, the station will serve up to five trains an hour in each direction. That is equal to around 175,000 seats a day, according to HS2.

HS2 procurement and supply chain director Andrew Cubitt said: “[The new station] will not only unlock many jobs and business opportunities in the Midlands but [it will] also provide hundreds of supply chain contracts for companies right across the country.”

The Solihull station is part of a substantial growth initiative for the area, which is being led by the Urban Growth Company. In total, it will support 30,000 jobs, and see the development of up to 3,000 new homes and 70,000 square metres of commercial space.

The Interchange is the last of four stations on phase one of the multi-billion pound railway project to be awarded. Euston Station is being delivered by Mace/Dragados, with the JV also delivering Curzon Street station in Birmingham. A Balfour Beatty/Vinci/Systra JV has secured the job to build Old Oak Common station.

In May, Vinci Construction took on a design and build contract for two multi-storey car parks, which will serve the Interchange. HS2 submitted a planning application for the car parks last month.