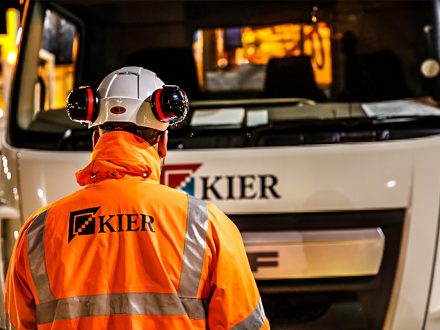 Kier has been chosen as the main contractor on a £27m flood defence work in Wiltshire.

The Salisbury River Park Scheme will include building walls and embankments to protect local homes and businesses badly affected by flooding in 2013/14.

Kier’s works will include constructing a new channel and footbridge. The contractor will also remove obstructions to allow for fish migrations and build 2 hectares of enhanced riverside habitat. Meanwhile, 13 hectares of public space will be constructed, including a picnic area. A play area and an allotment shop will be relocated as part of early works.

The scheme is a partnership between the Environment Agency, Salisbury City Council, Swindon & Wiltshire Local Enterprise Partnership and Wiltshire Council.

The Environment Agency said that the scheme’s budget has increased by £4m due to construction material inflation, as well as allowing for future increases in costs.

The Agency’s area flood and coastal risk manager Ron Curtis said that the start of construction would mark the beginning of providing better flood protection for the historic city: “We know the devastating impact that flooding can have, which is why protecting people and communities is our top priority.

“Working with our partners we’re really excited about the added benefits this scheme will bring for people and wildlife in Salisbury.”

Swindon & Wiltshire Local Enterprise Partnership chief executive Paul Bradley said that the project would also improve the look of the area, which could draw in more tourism and boost economic recovery for Salisbury.

Kier Infrastructure regional civil engineering framework director Philip Ramsay said that the contractor had a track record of delivering flood defence schemes through a long-term partnership with the Environment Agency.

He added: “We’re committed to enhancing the environment while ensuring the flood resilience of communities for generations to come.”

Construction is scheduled to finish by 2024.

Elsewhere in the region, a £100m flood defence scheme in Somerset was approved in January this year.