Kier boosted to top league spot by mega A417 upgrade 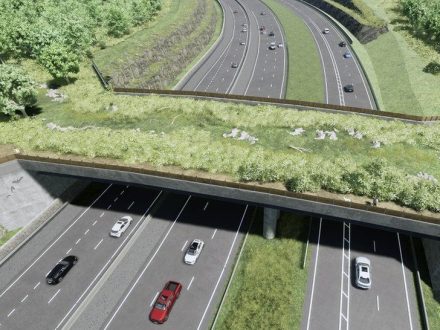 Kier took the top spot in April’s contracts league table, after snapping up a £460m job to develop a “missing link” on the A417 between Gloucester and Swindon.

The contractor scooped the job to deliver the 3.4 mile-long dual carriageway last month (pictured), which will connect two parts of the existing motorway. Client National Highways said the development would reduce delays and congestion on the route, and increase safety on the A417.

Transport secretary Grant Shapps has yet to give the project the green light, but will consider the proposal after the planning inspectorate submits its report this month. The contract gave Kier its second number-one spot of the year, according to data gathered by construction intelligence provider Glenigan.

In second place was Ardmore, clocking its best performance in the league tables to date. Its meteoric rise, from not even appearing in the top 100 last month and scraping into the top 20 in February, owed everything to a single contract, according to Glenigan.

The contract, to build the £500m West Cromwell Road scheme, will include the construction of 460 new homes across six buildings of between 11 and 31 storeys. Ardmore will also develop a four-storey office block as part of the scheme.

The UK’s biggest contractor, Balfour Beatty, leapt into third place after a conspicuous absence from the top three since it last took the bronze medal in November 2020. Balfour’s jump back into the limelight was spearheaded by a £212m job it won to deliver the North Hykeham Relief Road in Lincolnshire.

The project, which will deliver a new dual carriageway, linking a local bypass to the A46 Pennells roundabout, will include the delivery of a number of new brides and roundabouts.

Also back in the spotlight after a number of months out was Graham, taking fourth place. Last seen in the top five back in November 2021, the contractor’s push up the table owed a lot to a £124.4m job it scooped to deliver 464 homes in Edinburgh. Graham expects to complete the site, known as the Bonnington Road scheme, in the middle of 2024, after Swedish real estate developer Heimstaden Bostad agreed to fund the project.

Winvic, in sixth, made it into the top 10 after a three-month absence, thanks largely to a £69.7m job to build a production unit for Vauxhall Motors, according to Glenigan. The unit will be built at Vauxhall Motors’ hub in Ellesmere Port. Last year, Stellantis, Vauxhall Motors’ owner, announced that it was investing £100m in the port to develop a battery-electric car by the end of 2022.

Meanwhile, Morgan Sindall kept its place at the top of the rolling 12-month league table, securing 350 jobs since May 2021. Overall, it signed up to £2.54bn worth of jobs during that period.

The top three remains unchanged, with Kier and ISG following behind Morgan Sindall. But just 17 contracts pushed Mace into fourth – its best result since January 2020.

Winvic also made a comeback, crashing into fifth place after missing out on the top 10 in March. So too Vinci, which clocked in at seventh, following a two-month absence from the leaderboard.

Graham, meanwhile, snuck in at tenth, making the list for the first time this year.